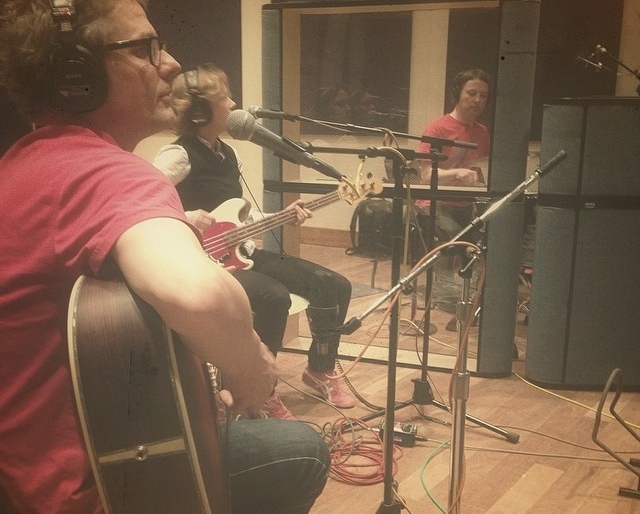 Our latest Indie Rock Hit Parade live session features a pioneering figure of our namesake genre. Dean Wareham formed Galaxie 500 in 1987. The trio split after four very productive years, leaving Dean to form his next band, Luna. Since Luna’s dissolution nearly 10 years ago, Dean has operated as an artist in flux (often alongside his wife, longtime bassist Britta Phillips). Having recently released his first ever solo album, Dean and his band came to our studio for a characteristically graceful and understated performance.

Joining Dean and Britta in the band are drummer Roger Brogan and guitarist Raymond Richards. The quartet’s experience on the road, mixed with their combined years in the music business, results in a set of songs that feels loose and lived-in. The session begins with a countrified take on “Holding Pattern,” a song Dean wrote while on the road. Tour destinations, classic rock bands and sports scores swirl together into a blur of names and places. “Heartless People,” which also appears on Dean’s new album, was written by Michael Holland of the North Carolina band Jennyanykind. Dean and the band make the song their own, with a subtly repetitive guitar figure and gliding rhythm. Rounding out the session is a version of a Luna classic, “Tiger Lily.” The song originally appeared on the band’s second album, Bewitched, released in 1994. Twenty years on, and the song (like Wareham himself) is as charming and effortlessly cool as ever.