“We’re bad at not taking it seriously,” says Chris Duran, guitarist for Philly pop act Cheerleader, over coffee at NoLib’s Higher Grounds. “We can’t just be like, ‘whatever man.’ There’s something cool about [that lackadaisical attitude], and a lot bands do it well. But we’ve always been very serious.” He pauses. “We want to do it right.”

His band mates nod in agreement. On the surface, the men of Cheerleader are very much like you’d expect them to be, based on their sound—which is to say soft-spoken, laid-back, and mellow. They enjoy surfing and sunny weather; bassist Paul Impellizeri even rides up on a skateboard. Yet beyond their laid-back exterior lies a hunger: for creating music, and making sure it’s heard.

‘[After we recorded our first demo,] I sent out probably 300, 450 emails,” says Duran. “I literally sent it to every email address I could find.” 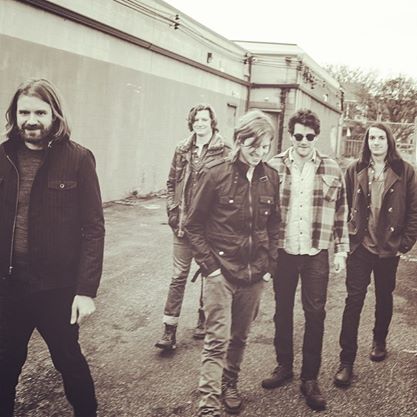 Cheerleader | Photo courtesy of the artist

His perseverance is already paying off. In the past year, the band’s garnered write-ups from NME, MTV Buzzworthy, TimeOut New York, and more—all before they’d released a proper debut (it’s forthcoming). But if half their success is due to a successful DIY marketing campaign, the other half is due to the strength of their songs: breezy, mellow, summer pop jams that seem made for sunny days spent outside.

It’s a combination that seems so simple it’s a wonder more bands don’t adopt it: great tunes + the wherewithal to have them heard.

But Cheerleader are not every band. Their line-up was purposefully chosen to deliver maximum vibage. And when they play shows, they’re not off shotgunning beers, or running around half-naked; they’re working. (“I wish we had more time to catch bands [during SXSW], but it was work work work,” says Impellizeri.)

Of course, it didn’t start out this way. In the beginning it was Duran and vocalist/guitarist Joe Haller, high school friends from Hartford, CT, making music in Duran’s mom’s basement. Both had been involved with other projects, and were hanging out, messing around, when they wrote “New Daze,” the first Cheerleader song, about 3 years ago.

“We were playing in another band at the time…and we wanted to do something more upbeat and fun,” says Haller. “‘[As soon as we wrote it] we knew this should be a different project.”

The name Cheerleader arose from the support the pair gave each other early on: “We’d always cheer each other on,” says Duran, grinning at the cheesiness. “I’d be like, ‘hey that’s a great solo, Joe.’ ‘That’s an awesome guitar part Chris.’” He laughs. “I’ve been in bands before where it takes 6 weeks [to come up with a name], and this was just the first name we thought of and we were like, ‘Yep, it makes total sense.’”

Another early cheerleader of the project was Jonathan Garrett, the band’s current manager. “Jon is actually a music writer,” says Haller. “And he wrote something about our friends in the band The Derevolutions. And we were like, ‘hey, we’d like to get written about too.’ So we asked for his contact information…and sent him some of our stuff. And he liked it. He liked it so much he asked to be involved.”

Garrett had never managed before, but was drawn to the band’s breezy sound and work strong ethic. Armed with a support system, the band felt confident, and after about a year of tinkering in Duran’s mom’s basement, they decided to move to Philly. “There’s really not much of a scene in Connecticut,” explains Duran. “And we wanted to play more shows, and become a legitimate band.”

First up was recruiting the rest of the line-up. With Garrett’s help, Duran and Haller were introduced to Impellizeri (Wild Rompit, Lucy Stone). They met guitarist/keyboardist Josh Pannepacker (Shorty Boy-Boy)  and drummer Carl Bahner (who works at Springhouse Sound) soon after. They immediately clicked musically as well as professionally. 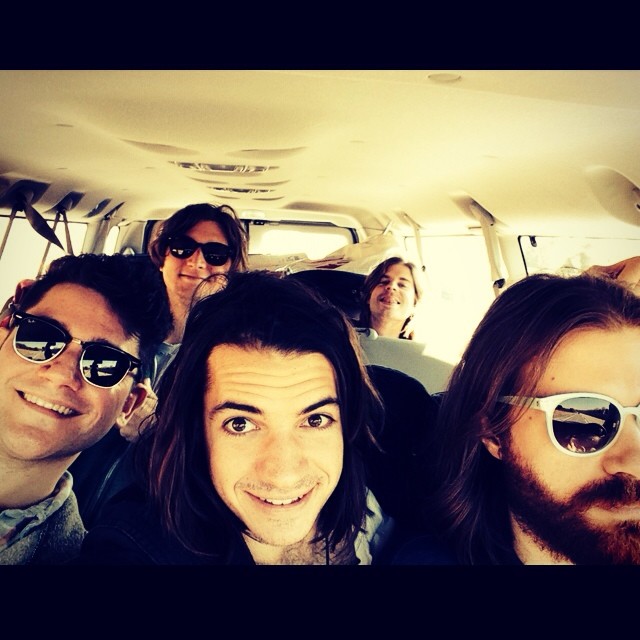 Cheerleader | Photo courtesy of the artist

“There are so many variables when you play in a band with someone,” says Duran. “Their level of commitment; their influences; their skills; and whether you can see yourself spending weeks on end in the van with them. This is definitely one of the first times where I felt like yes, everything just clicked. It felt right.” He grins.

Since coming together as a five-piece, the band re-introduced the world to their debut EP, and started gigging locally and working on new material. Their new single “Perfect Vision,” released just this week, is a hazy slice of summer pop candy destined for your car stereo, that perfectly encompasses feelings of invincibility and joy. It’s also the first song written and recorded by the whole band, with producer Mark Needham, in LA’s EastWest Studios in February. “We actually recorded enough for a full LP,” says Haller, who adds that a full-length will be coming by the end of 2014.

Cheerleader also made the journey to SXSW for the first time this year and—thanks to a little luck, and a lot of emailing—scored a spot on the Rachael Ray Feedback party line-up. “It was awesome,” says Haller.  “Probably one of the most fun things we did.” Since returning home, they’ve played on as many local bills as possible.

“The local scene has a huge influence on us,” says Impellizeri. “A lot of our friends are in other local bands, and we see a lot of local shows. My roommates are in a band [Modern Baseball]. Everywhere you go you know someone.”

Pannepacker agrees. “It’s a big city, but it’s a small scene, so everyone knows everyone, and becomes friends.” 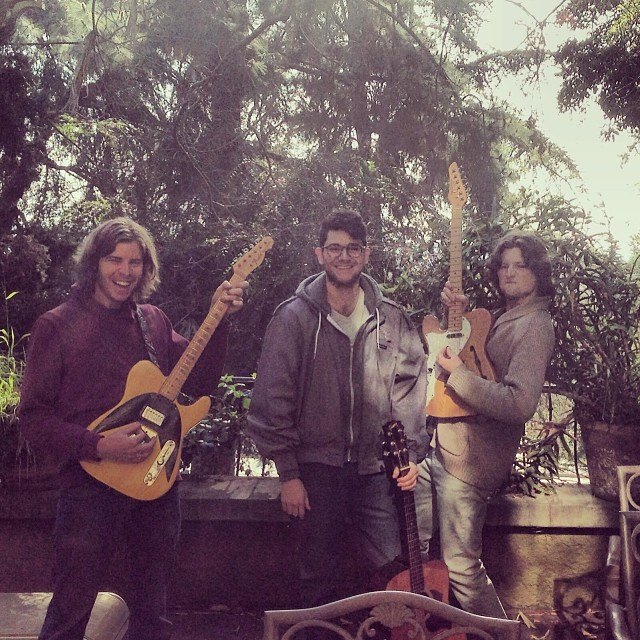 Recording in L.A. | Photo courtesy of the artist

Up next, the band will open for Computer Magic at Glasslands on May 3; afterwards they’ll head over to the UK for a few weeks, to play Great Escape Fest, and a string of shows alongside The Hold Steady. They’ll return to Philly in June and will play a headlining show: Saturday, June 7 at Boot & Saddle.

“We’re very excited about it,” says Pannepacker. “All of us have separately been working really hard on [making music] for a while now. So when you find people who are on the same page as you, you come together, and it’s like Captain Planet.” With their powers combined, Cheerleader are unstoppable.