Slint’s Spiderland: The Understated Legacy of A Rock Masterpiece - WXPN 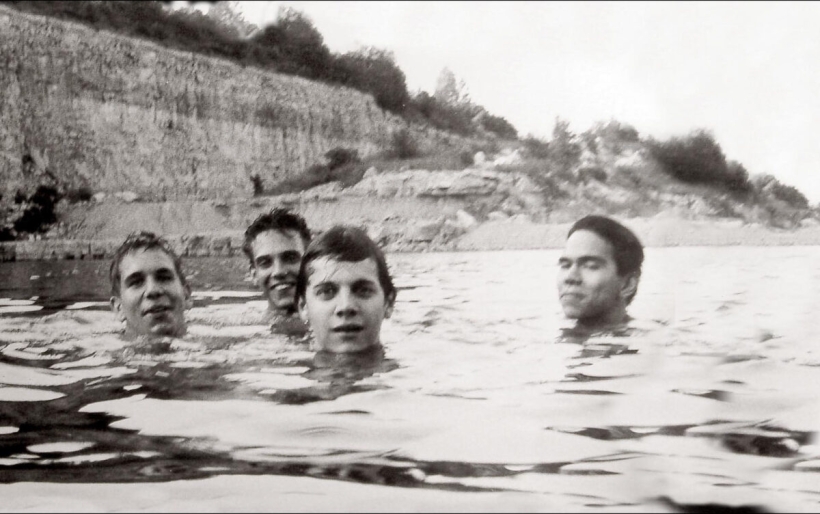 Slint’s Spiderland: The Understated Legacy of A Rock Masterpiece

I once found myself, through circumstances far too banal to detail, drinking beers with a fairly well-known tech-world entrepreneur. This 40-something businessman represents a version so many progressive-minded, talented millennials aspire to become – self-employed and independently wealthy after years with a few internationally-known companies, he manages to strike the perfect balance of personal tranquility and professional doggedness that characterizes the American creative class.

The conversation turned, naturally, to music; he worked for an online music-purchasing service of some renown, and I literally don’t know how to talk about anything else. We were mutually shocked to discover a shared love for Slint’s 1991 (insert arbitrary qualifier) rock opus Spiderland. “These guys were hot shit when I was young, does this kid really know about Slint?” he must have wondered. “Man, will I be this cool in my 40s?” I certainly wondered.

The clearest examples of legendary albums reach a certain ubiquity across any and every type of music lover, but albums like Spiderland are typical of the kind of “new classic” album that – in the second decade of the 21st century – have a more subtle and meaningful power that brings idiosyncratic personalities together with a more visceral intimacy. It’s the kind of album that would endear me to an ex-Silicon Valley bigshot, over one meeting, totally happenstance, never to be encountered again.

Talking about this album without treading familiar territory is a difficult task. Much has been said about the ground-breaking instrumentation, the interlocking guitar parts and syncopated rhythms, the hushed/shouted lyrics’ surrealist and cinematic narrative, and the way that they stretched out Pixies-esque loud-soft dynamics into mini-epics that packed intensity with no subtlety-destroying hard edges. They seem to have artistically anticipated the way that this album would be received – subtly, but entrapping listeners and critics with undiscovered nuance in every spin. Spiderland was possibly the first real entrancing epic of the 90s rock underground, four Kentucky teenagers’ basement attempt at reclaiming prog and redefining its parameters.

To be sure, Slint is hardly a mainstream act. But, the critical and creative impact of Spiderland has snowballed ever since its relatively-hushed release. Bands as disparate as Mogwai, Godspeed You! Black Emperor, and Toe owe tremendous debt to their legacy. The legacy has even pulled various Slint members into their devotees’ respective projects. Now, after a few reunion and retrospective tours around the band’s seminal record, Touch and Go records has re-released it as a limited edition, deluxe box set. A new documentary traversing the band’s fascinating and mythology-laden trajectory, named Breadcrumb Trail (see trailer above) after Spiderland’s opening track.

“[This re-release] was precipitated in large part due to Barry Hogan,” says Brian McMahan, the band’s guitarist/frontman, attributing much to the founder of the acclaimed All Tomorrow’s Parties festival. Over the phone, McMahan is muted but intentional; his responses are drawn-out over repeated “uhh…”s, but they belie a great precision of thought.

When asked about Spiderland’s impact, he is similarly precise. “We were just kids…I don’t think we could foresee how it would be received, we didn’t have the experience. But I mean…I know that I was really not into the idea of listening to albums where I didn’t like one song…I feel like we went for a purposeful distribution of ideas, and tried to make a good album.”

McMahan’s emotional restraint is a far cry from the persona he inhabited on the album; his lyrics sound as if they were summoned from within, relating stories drawn from both experience and art with a discernible urgency in both his whispers and screams (they’re never sung). Closing track “Good Morning, Captain” (featured prominently in the controversial 1995 film Kids) is McMahan’s cathartic peak, a 7-minute crawl up that climaxes in frantic screams of “I Miss You!”

In Breadcrumb Trail, this process pushes McMahan to the point that he checked himself into a hospital; upon his return, the band chose not to get back together. Now, he looks empathetically on the person he was at that age. “I’m a lot older, so I have a different perspective on these [different feelings]. I don’t feel the sense of urgency that I did at that time. But I still feel like I can relate to the music, which kind of surprised me. It takes me back, in a way, and I didn’t know how that was going to work out.”

As he and his bandmates (drummer Britt Walford, guitarist David Pajo) touch down in Philly tonight as part of a 10-city US tour, McMahan will trek that territory for himself and a multi-generational spread of fans. They will create a transcendent space for every person snared in their masterpiece’s cryptic glory. Clearly, it’s worked out.

Slint will play Union Transfer tonight with Spires that In the Sunset Rise. Doors open at 8 PM; click here to purchase tickets.