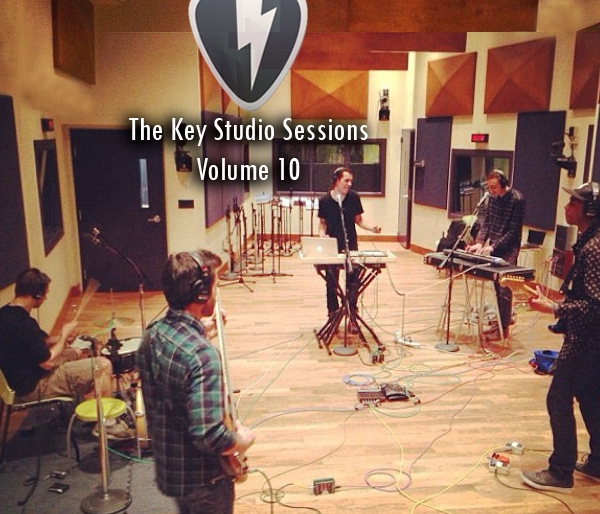 Summing up an entire region’s music scene in an hour-ish long compilation is pretty much impossible. But dangit, we try our best. I’m very psyched for the roster of artists we’ve lined up on The Key Studio Sessions Volume 10, out today as a free download you can grab below. Pop-punk wave makers Modern Baseball did a version of “The Weekend” from their 2012 debut LP Sports, and the mini XPN shoutout they deliver at the end of the first chorus might be my favorite moment of the set.

The song as a whole is insanely fun and on point, and MoBo’s basement-scene brethren W.C. Lindsay (more synthpop leaning) and The Hundred Acre Woods (more folk-leaning) also make solid appearances. There are several acts on the comp who you’ll see this summer at the XPoNential Music Festival: Ginger Coyle, Commonwealth Choir, Marah and Marian Hill.

I love using our studio to allow more experimental-leaning artists to blaze new paths, whether its Trophy Wife‘s expansive rager “Neil Young” (very reminiscent of the Dead Man score for sure), Tutlie‘s elegant dreamscape “Kaito” or Bleeding Rainbow‘s noise-punk jam “Time or Place.” Suave downbeat crooners Elegant Animals knock a track from their back catalogue out of the park, and though the comp is admittedly short on hip-hop, eclectic electronica soundscaper Ganou spits a fierce verse on “Detainment.” (We’ll have a lot more Philly hip-hop on volume 11 in August, don’t worry.)

A summation of an entire scene? Of course not. I think of this more of an incomplete but nonetheless awesome snapshot of Philadelphia-area music circa spring 2014, one we’ll continue building on. Major thanks go to production assistants Dan Hatton and Dan Malloy; photographers Rachel Del Sordo, Megan Kelly, Allison Newbold, Dominique Montgomery and Ian Lewis; videographers Bob Sweeney, James Powers,  Ryan Chowansky and Bands in the Backyard; and guest engineers Mattias Nilsson and Adam Staniszewski. Listen to the comp and download it for free below.