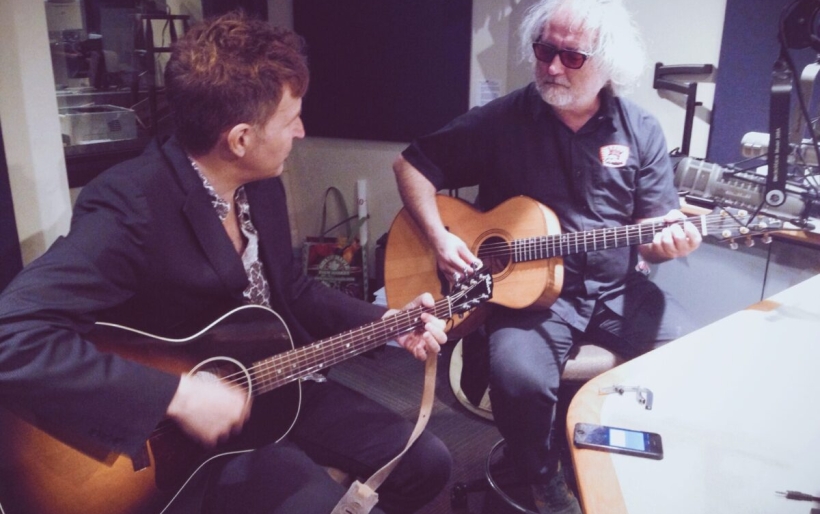 By Eric Schuman
May 08, 2014
09:05 AM
Share
Steve Wynn & Scott McCaughey of The Baseball Project at WXPN | Photo by Eric Schuman

When The Baseball Project‘s Steve Wynn and Scott McCaughey paid a visit to the XPN studios last month, they promised they’d be back for a full band show sometime in the not too distant future. Sure enough, a full-band show has just been announced for World Cafe Live in Philadelphia on Monday, July 28th. Arriving just a few week’s after the MLB’s own mid-summer classic, The Baseball Project’s starting lineup will include Wynn and McCaughey (also known as founders of The Dream Syndicate and Minus 5, respectively), utility drummer Linda Pitmon (The Miracle 3) and bassist Mike Mills (now a free agent following the 2011 breakup of R.E.M.). The crew just released a stellar new album, 3rd (Yep Roc), whose songs range from the historical (“Pascual On The Perimeter” and “The Day Dock Went Hunting Heads”) to the personal (“Box Scores” and “The Baseball Card Song”). If past Baseball Project shows are any indication, classics from each member’s other bands and some choice covers are sure to be in the mix as well. Tickets will be available here (they go on sale Friday 5/9 at 10a.m.). Stream 3rd below: