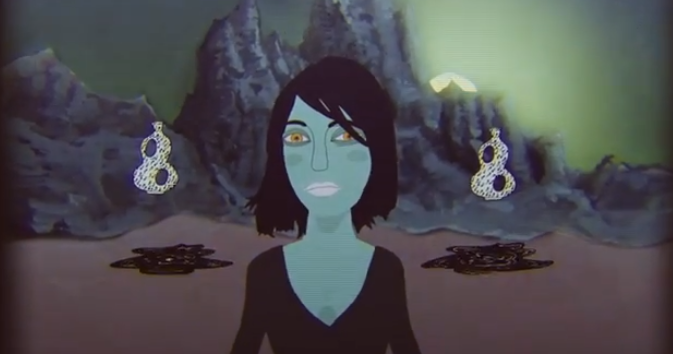 The new video for Sharon Van Etten’s “Even When The Sun Comes Up” is equal parts silly, sad and striking. The song comes from the Jersey-born singer’s fine new album Are We Out There, out May 27th on Jagjaguwar Records, and the video (which premiered today on NPR Music) wanders into a late-night television set where an aging and exhausted horror show host coughs amid the dry ice smoke, and an animated SVE sings achingly from his television set. If you’re observant, you can spot cameos in the video from Philly folk Joey Sweeney (a lighting tech fixing the glowing eyes of an ornamental skull) and Gretchen Lohse (holding cue cards). Watch the video below, and get information on Sharon Van Etten’s June 21st show at Union Transfer at the XPN Concert Calendar.