Local collaboration-curators Philly Tapes Philly have announced the next pairing for their experiment in straight-to-tape recording, this month featuring Mo Lowda & The Humble and Roof Doctor.

The project began in March when members of Commonwealth Choir and Big Tusk recognized an opportunity to cross local genre and scene divides by inviting bands into their home studio, The Gun Shop, for one-off recording sessions.  The resulting tracks, one from each band, are recorded through an entirely analog process onto 50 limited edition cassette tapes that are given away for free at the subsequent release show at Ortlieb’s, which is also free.

This month will see the Bucks County-bred alternative rock of Mo Lowda & The Humble split with the surf / punk-leaning rock of Roof Doctor, two bands that already eschew tight genre definitions in favor of intricate arrangements and jazzy instrumentation.

Nick Cislak of PTP / Commonwealth Choir was excited to get two bands together that move in different circles but share a passion for supporting and expanding the local music community.

“I already knew Mo Lowda, but hadn’t heard Roof Doctor. When Roof Doctor reached out I checked out [their new album Mobile Freedom Home] and loved it. Getting this many great musicians who were this passionate about the project in the same room together was too good of an opportunity to pass up.”

Listen to “Where the Whitetails Go” off of Mo Lowda & The Humble’s recent debut LP Curse the Weather below, followed by “Bulldog” off of Roof Doctor’s new Mobile Freedom Homefull-length.  The free release show will take place at Ortlieb’s on May 29th; more information can be found on the Facebook event page here.  Check out the show flyer after the jump. 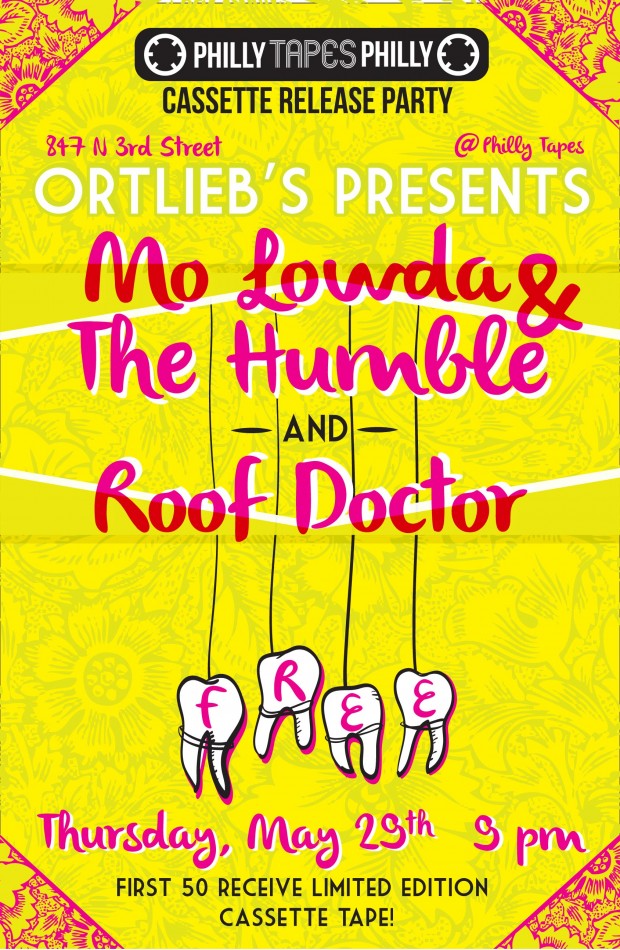