Review: The Roots champion innovation on another game-changing LP, …And Then You Shoot Your Cousin - WXPN 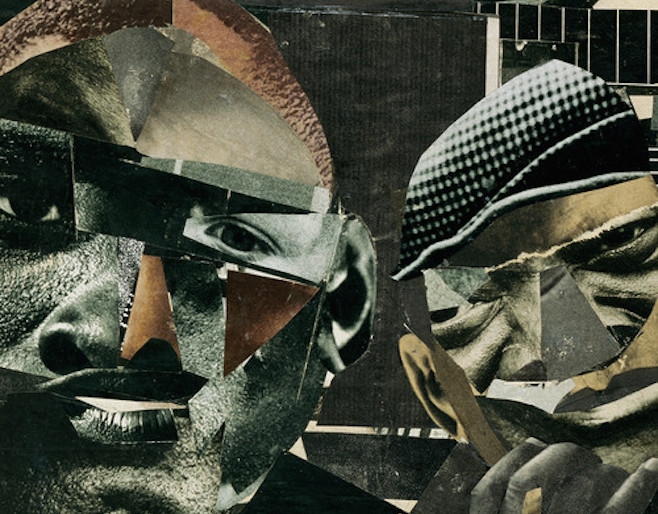 Review: The Roots champion innovation on another game-changing LP, …And Then You Shoot Your Cousin

By Sameer Rao
May 19, 2014
08:05 PM
Share
Romare Bearden’s collage “Pittsburgh Memory,” the cover art for The Roots’ …And Then You Shoot Your Cousin

It’s easy to forget that The Roots spent most of their career in an extremely different place than they are now.

Years of increasing acclaim as a live act and reverence for drummer/producer/ideologue Ahmir “Questlove” Thompson’s idiosyncratic vision – one that put him and other group members in the nexus of a turn-of-the-millenium revolution with Erykah Badu, D’Angelo, the late great J Dilla, and others – do not measure up to the intense fame and ever-growing public stage that they occupy as Jimmy Fallon’s house band. What could have been the introduction of terrible stasis, in which our beloved home town heroes trade artistic viability for the empty spectacle of primetime fame, ended up being their greatest blessing.

Now, The Roots are a veritable enterprise. They decimated and rebuilt the house band tradition with agility and irreverence. Frontman Tariq “Black Thought” Trotter has continued to stretch his underrated creative muscle as the head of his own side project, an actor, and a philanthropist. Most notably, Questlove has solidified his reputation as the hip hop generation’s main public intellectual by authoring a remarkable memoir and series of critical theory-laced essays on the pop culture vortex that surrounded this group of Philly prodigies and carried them to their current vaulted heights.

Remarkably, they have time for the one thing that every diehard Roots fan was afraid of losing – great, game-changing albums. Three of them, in fact, since they hopped on Fallon’s road to unpredictable success (if you don’t count their handful of flashy, fun collaboration albums). The third of these and their eleventh overall, …And Then You Shoot Your Cousin, officially dropped today via Def Jam. The concept album functions both as a definitive statement and a continuation of the evolution charted since 2010’s How I Got Over.

The Roots’s greatest aural contribution to present-day music might be the pioneering of the indie-rock/hip-hop aesthetic tapestry that, four years since they partnered with the Dirty Projectors and the Monsters of Folk on How I Got Over (and eight since they sampled Radiohead on Game Theory), survives as an overriding aesthetic that subtly dominates pop music today. 2011’s undun added nuance to that signature, utilizing soft atmospherics and avant-garde orchestral flourishes in the service of creating disorienting and thought-provoking narratives. …And Then You Shoot Your Cousin goes even further, with some of the album’s strongest moments exhibiting a minimalism unseen since their earliest works. “The Dark (Trinity)” can be seen as a back-to-basics move, with gritty Rhodes-meets-Casio keyboards playing simple two-note chords over Questlove’s Dilla-inspired rolling drumbeats and ashen cymbal crashes. Songs like “The Coming”, a haunting piano ballad (sung by Mercedes Martinez of Philly’s own Jazzyfatnastees) devolves into dissonant string and piano crescendos,  go down the same road with dissimilar yet complimentary results. The Roots have done well in continuing to prove themselves as multifaceted and epically-minded instrumentalists and artists, ironing out a new definitive sound for a band whose best works destroy any sense of a signature sound.

Despite the tremendous instrumental achievements on this album, the true force of The Roots’s message lies in its brooding, satirical, and often poignant lyrics. …And Then You Shoot Your Cousin was conceived of as a concept album like undun, but with multiple interchangeable protagonists. In an age where hip-hop and RnB artists on The Roots’ level have incorporated dark existential meanderings and solipsism into their lyrical palate, their works remain a sobering reminder of the quiet desperation that lurks in America’s ignored cities.

Black Thought has described the album as a short punch (at only about 34 minutes) of digestible narrative explorations into the heart of characters that perpetuate hip-hop and the community at large, but it is hard not to hear lyrics like “Maybe there ain’t nowhere I belong / Only thing in front of me’s a bullet in the head, I’m hoping one day that they’ll find me dead / ’til then I make a place in this world, for me and my baby girl” and feel a compulsion to revisit. The album’s various guest stars, including frequent collaborators Dice Raw and Greg Porn alongside evocative singers like Martinez and Raheem DeVaughn, further populate this cast of characters in passion-driven appeals to empathize, in any way, with the plight of these characters. Black Thought and co. take what could be easily-dismissible stereotypes and makes them human – or, rather, he reminds us that these humans exist in every space that we don’t want to investigate. Street hustlers, abused women, insecure criminals – these are the figments of an all-too-real America.

The Roots, to their immense credit, continue to leverage their immense fame and success to make aurally inventive music that opens worlds that other artists on their level are afraid to touch. …And Then You Shoot Your Cousin is a definitive affirmation of this band and genre’s true Roots, as well as crystal clear proof of its continuing innovation and relevance to the immensely complicated world around us.