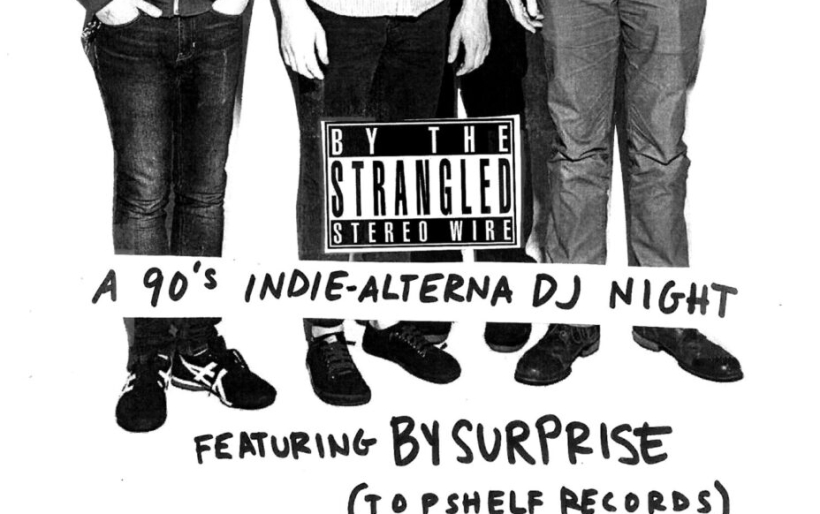 Emo rockers By Surprise take over Kung Fu Necktie tonight for an evening of non-stop classic indie rock jams at the monthly Strangled by the Stereowire party. It’s their first live show since December, as well as a 90’s indie / alt showcase night where DJs Johnny and Mike spin everything from Pavement to Dinosaur Jr. to Blur and Superchunk and more. People attending can tweet their 90’s indie-alterna song requests to @SBTSW or #SBTSW. Get ready to ride the emotional rollercoaster down memory lane. Did we mention the best part? It’s free.

By Surprise is currently working on their follow up to 2011’s Mountain Smashers, so you can expect some new material tonight from the Jersey natives. You may even catch them doing a cover of Archers of Loaf, too (though not the song that the DJ night takes its name from). The show starts at 10:30 and goes ’til 2am. Free admission, 21+ to get in.