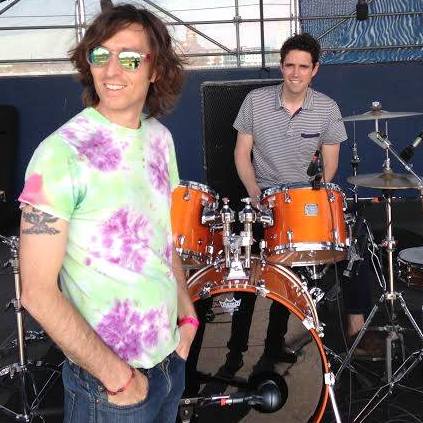 Getting to Know Royal Shoals: A Philly surf-rock trio guided by rock vibes and good times

It’s a funny business, being in a band these days. In some ways, it’s the same as it always was: friends, hanging out in basements or someone’s garage, writing jams and probably shooting the shit. But then there are all the other things that go along with being in a band these days: tweeting and maintaining Facebook accounts, sending out press releases, cramming into the van together and playing DIY spots across the country, fueled by Taco Bell and the dream of “making it”—or at least scoring enough blog buzz to live off your tunes.

Royal Shoals do things old skool. The trio of Jamie Wilson,  Matt Lyons, and Greg Pavlovcak have been playing in bands most of their lives; a sampling of recent projects includes The Ropers, Saturday People, Public Record, and Motor. They’re not interested in spending their summers tucked into a van eating tacos (“I get upset when I don’t have the right type of peanut butter,” says Wilson)—and they’re definitely not doing this to score blog buzz.

“We’ve liberated ourselves from the burden of success a long time ago,” says Wilson with a grin from the bar at Fishtown’s Cedar Point.

No, Royal Shoals are doing this for the same reason they’ve always been doing this: to have fun, and play some tunes.

“In the beginning, it was really meant as a fun excuse to hang out and mess around,” says Lyons, who’s known Wilson for years from growing up around Wilmington, DE. “We never had big goals.” 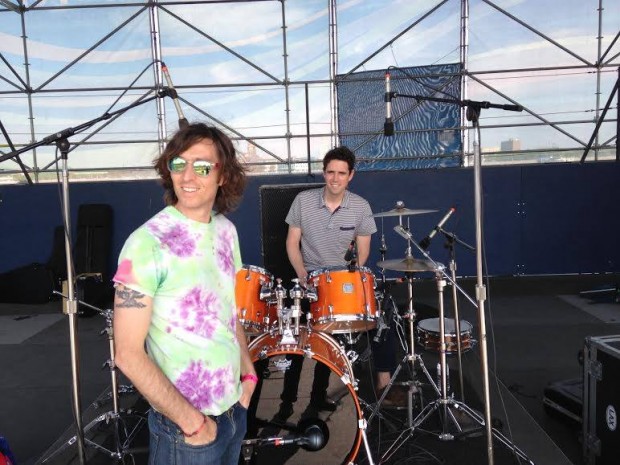 Over the past five years, the band’s been slowly incubating, playing shows and recording sporadically. This Thursday, they’ll celebrate the release of their sophomore EP, Hotel, with a release party at Kung Fu Necktie. Throughout the years, they’ve won fans as respected as The Walkmen’s Peter Bauer (who they played with last March) and The War on Drugs’ Adam Granduciel (who, they tell me excitedly, bought a shirt). They’ve also turned on dozens to breezy summer pop jams with a surprising amount of bite—all while maintaining a low-key attitude that prioritizes fun over fame.

“In the beginning we were just going to be a band in the summer,” says Wilson. “The loose rule was we would only play shows outside, preferably on docks and such. The point of the band was just to have fun.”

Royal Shoals first came together as a film club, with a focus on old surf moves—but quickly evolved into a house band (“we thought it would be fun for parties,” they explain) and from there, a full-fledged project.

Guided by a mixtape, which featured UFO, Liquid Liquid, Can, The Tide, The Reigning Sound, and more—and propelled by a love of “rock music without all the emotion,” Royal Shoals started out playing covers—“Buddy Holly, Jan and Dean, Gram Parsons,” says Pavlovcak.  “Then eventually we started writing our own music: surf-inspired, but more factory-like.”

From there, the rest was history.

‘It’s so easy to be in a band here, because everyone is so friendly,” says Wilson, of Philadelphia. “We have a lot of friends in other bands…it’s really just our whole social life.”

“People chase the idea of doing something big,” he continues. “I grew up playing guitar, so it’s always been part of my life. I’ve never been driven to make it my primary focus.”

Of course, it’s easy to feel this way when there’s something else alreadyclaiming your focus—and in the case of Royal Shoals, that “something else” is family. “We were avoiding telling you, because we didn’t want you to think of us as a dad band,” says Lyons, somewhat sheepishly. “But we’re all dads. So I guess we kinda are a dad band.” He pauses. “But that has nothing to do with rock’n roll!” He smiles, then adds, “well maybe it does have something to do with it.”

“It is definitely one of the things that makes it easier to be in a band together,” says Pavlovcak. “Because, you know—we can relate to what each other is going through.”

So what advice would they give to their own kids in a band?

“I’d say stick with what you like,” says Lyons. “And don’t pay attention to trends.”

“Listen to as much music as you can,” adds Wilson. “And believe in what you’re doing.”

Royal Shoals play Kung Fu Necktie on Thursday, June 5. The 21+ show is at 7:30 and tickets are $5; more information can be found via the venue’s website.