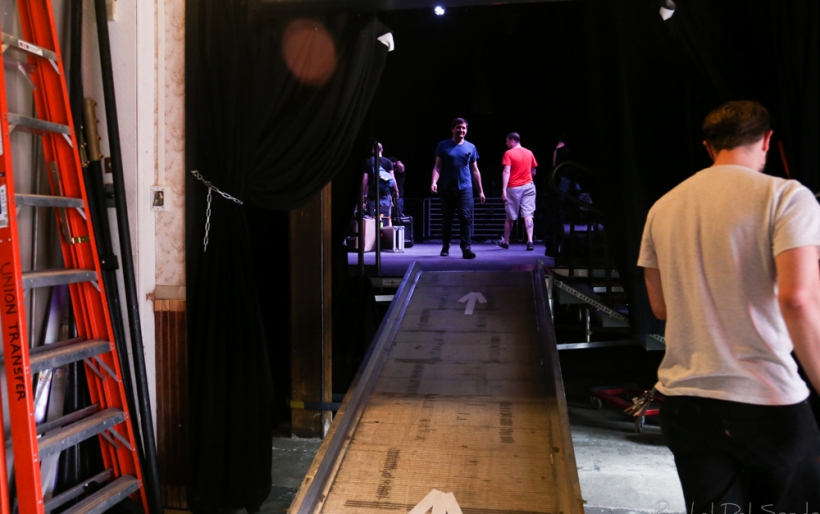 Most people think of a concert as those four or so hours you spend standing in crowd, singing along with your favorite band. But have you ever thought about what goes into making that happen? We followed The Menzingers‘ Rented World tour for a day as four bands converged on Philly’s Union Transfer to put on a show. The headliners were brought up in the Scranton DIY scene before relocating to Philadelphia – releasing several amazing albums along the way – and this stop on the tour was their biggest headlining show to date in their adopted hometown. Their fourth full-length, Rented World, was released this spring on Epitaph Records, and it’s gotten the band some of its highest-profile attention outside of the punk world – including an enthusiastic review in the New York Times. Even so, the band stayed true to its roots for the tour, bringing along Philly friends Cayetana, up-and-coming Toronto punk four-piece PUP and Buffalo indiepop trio Lemuria. Take a look at how the gang spent their Saturday in pictures. [continue]