Chubby Checker: "I want to be in the Rock & Roll Hall of Fame!" - WXPN | Vinyl At Heart 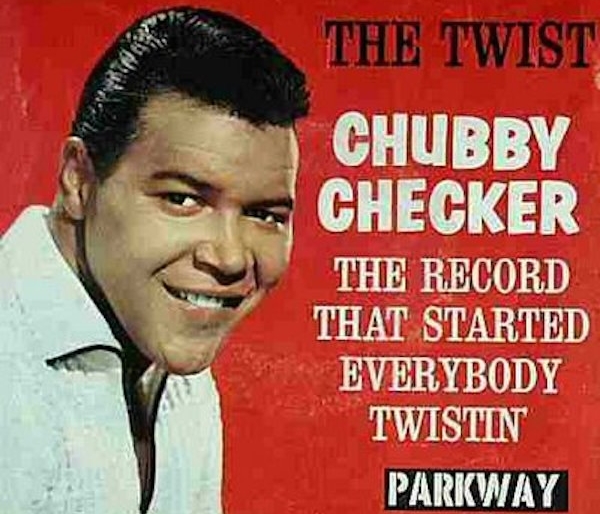 Chubby Checker: “I want to be in the Rock & Roll Hall of Fame!”

He introduced us to dances like “The Hucklebuck,” “The Fly,” the “Dance the Mess Around,” “Pony Time,” and “Limbo Rock,” but none were as popular or as culturally transformative as “The Twist.” And now, Chubby Checker, the singer who invented the worldwide dance sensation “The Twist” in the Sixties wants to be in the Rock and Roll Hall of Fame.

“I don’t want to get in there when I’m 85-years old. I’ll tell them to drop dead, so you better do it quick while I’m still smiling,” Checker said on Thursday. The 72-year old recording artist equates a place in the Cleveland, Ohio-based hall to the ability to sustain his career. “If you put me in when I’m too old to make a living, then it’s no good for me to be in there.”

He added: “The Rolling Stones, they’re in there. The Beastie Boys are in there, they’re young. Hall and Oates were just in there and they’re still making money.”

He made the comments on the red carpet for the annual Songwriters Hall of Fame gala in New York where Checker performed “Let’s Twist Again” for the ASCAP Centennial celebration.

According to the AP, “at the Rock and Roll Hall of Fame induction ceremony in April, Daryl Hall mentioned that Hall and Oates was the first Philadelphia-based band to be inducted. And after mentioning Chubby Checker, he responded: “Why isn’t he in?” And he’s not alone. Before going into the ceremony, legendary songwriter Kenny Gamble — of the songwriting team Gamble and Huff — said he feels Checker is long overdue. “I think Chubby Checker should be in the Rock and Roll Hall of Fame. He’s the only person I know to have the same song go to No. 1 twice.”

While Checker did popularize the dance associated with the song, it was written by R&B singer Hank Ballard and was originally released in 1959 as a B-side to Hank Ballard & The Midnighters’ “Teardrops On Your Letter” single. Checker released his version of it in June, 1960 and it became a Number One Billboard hit song. He followed it with “Let’s Twist Again,” a year later. While it only reached Number Eight on the Billboard Charts, Checker did receive a Grammy Award for “Best Rock & Roll Recording” for it in 1962. And hey – let us not forget The Fat Boys’ attempt at cashing in on the dance craze – rap style – with an appearance from Checker in their cover of it.

Let’s get Chubby into the Rock and Roll Hall of Fame.