Is this what your family thinks of #XPNFest artist Man Man? - WXPN 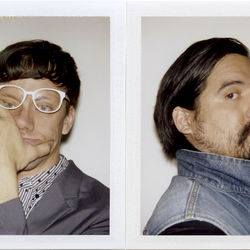 Is this what your family thinks of #XPNFest artist Man Man?

Eric Lockwood, Music Director of the School of Rock in Charlotte, North Carolina, decided to show some of his camp kids a video of Philly’s Man Man performing live.  He told them they were the “world’s best rock band” and that they were about to perform the “best song in the world.”  Hilarity shortly ensued.

A few of the reactions in the video, featured over at Philly Mag earlier today, included:

“What’s wrong with him?”

“This is a creepy band!”

Watch the full video below and make sure you (and your family) catch Man Man when they play #XPNFest next month.