How To Dress Well's third album Where Is The Heart? takes on new pop persona - WXPN 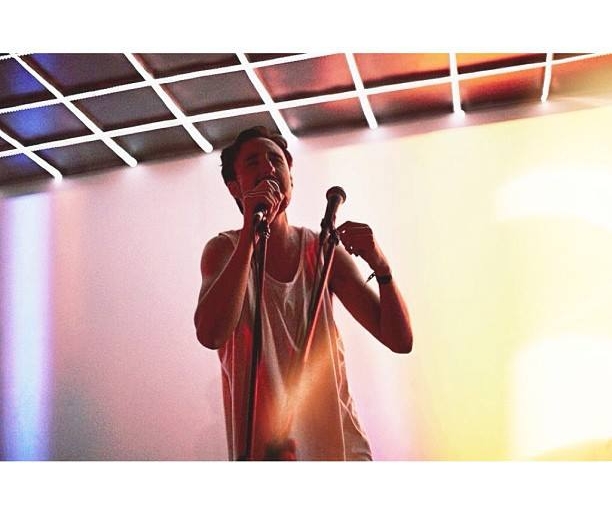 How To Dress Well’s third album Where Is The Heart? takes on new pop persona

How To Dress Well’s third album, What Is This Heart? is slightly different than his first two.  It’s still recognizably Tom Krell, but his music has morphed into an inherently pop sound that is hard to ignore.  It’s not a Justin Timberlake or a Maroon 5 type pop, but it has similar fun, upbeat overtones that replace the project’s former R&B-like essence.

“Repeat Pleasure” is a perfect example of this.  It’s an intense love song wrapped in jazzy guitar riffs and intervals of 90’s synth beats. The lyrics talk about wanting someone and then once winning them over, but still finding that you still want something else; the age old saying “you always want what you can’t have.”  It’s probably the most reminiscent of a “radio hit” throughout the entire record which in a way, makes Tom Krell’s music more accessible.

“Words I Don’t Remember” follows a similar schema as many of the songs on his sophomore album, Total Loss. It features Krell’s soft, smooth R&B vocals over a simple beat.  There is something about this track though that is less mysterious than those on the previous album.  His lyrics are expressive (“You know that I love you baby / Only wanted one thing on my mind”) and similar to those that you might encounter in a pop or R&B song.

I think How To Dress Well was one of the first artists along with the likes of Grimes, Active Child, Autre Ne Veut, etc. to bring about a new type of sound which pairs R&B vocals with synthy electronic background noise.  In What Is This Heart?, Krell makes the point that he has the ability to branch out and make lighter, less ominous music, while still maintaining his originality.

How to Dress Well will be in Philly September 19th at District N9NE (for old heads, that’s the new name of the mid-aughties venue Starlight Ballroom).  Find info and tickets here and listen to “Face Again” below.

How To Dress Well – Face Again from Johannes Greve Muskat on Vimeo.