It’s been sort of a quiet day here at The Key today, with much of the world in pre-holiday weekend mode. That is, until we got word of this: A tour bus traveling as a part of Styx’s and Foreigner’s The Soundtrack of Summer co-headlining tour, which is scheduled to continue tomorrow night at Camden’s Susquehanna Bank Center, caught on fire this afternoon according to TMZ.

The fire occurred while the bus was parked, and quickly spread to the other bus parked right beside it. Nobody knows exactly how the fire started just yet. Luckily, no one was hurt, and both buses were unoccupied at the time of the fire.

So, I guess this gives me reason to plug the concert: Tickets for the show are available here, and all revenue accrued will likely be put toward new tour buses. 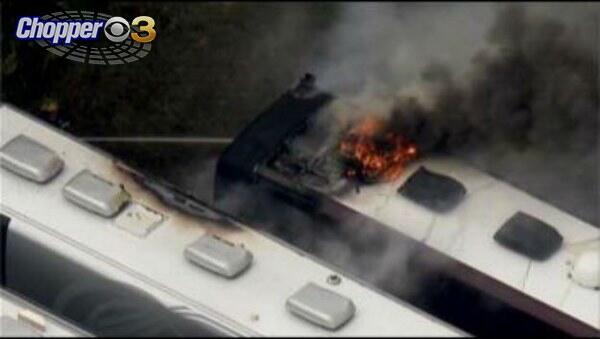