Rain had just started to pour down as I walked up the steps of an apartment building just a few blocks South of Temple. The basement of this modest converted row home on Broad Street was to play host to a show that even I had no idea would be as incredible as it turned out to be. Hanging out with my friends in Sun Club while waiting for the other bands and more people to show up, the topic eventually turned towards the night’s bill. “Yeah, we’ve been on tour with The Sea Life for a week or so, and I guess there’s two locals,” Shane McCord says, “But then the one band is like going under a different name? I don’t know, they’re from Lancaster or something, someone said they’re getting too big and they wanted to play some smaller shows.” That’s when it hit me: The band unassumingly billed as “8 Legged Prawn” was actually our boys in The Districts.

It has to be fate that the last time I was writing about Maryland’s Sun Club, I envisioned them as a Baltimore parallel to the Districts. Seeing them back-to-back on the same bill – totally at random, and most likely unknown to each other – confirmed that they both share that same fiery youthful passion for making two very unique soundscapes.

The evening kicked off with the experimental rock sounds of New Unison, a recently formed Philly three-piece, playing one of their first shows out. Their mostly instrumental sound of trilling riffs laid over wah’d bass and frenzied drums was interesting in short bursts, and served as a pretty good opener for the few folks who had come early on a Wednesday night, getting people moving without needing to know any lyrics. After a quick teardown and setup, Washington DC’s The Sea Life dug into their set. The basement vibe was perfect for the fuzzy lo-fi sounds of The Sea Life. Songs moved fluidly from mellowed to rowdy, with soaring orchestral bridges. It’s hard to draw a direct comparison to any one band, but elements of Oberhoffer, Local Natives, and other bright young things mixed in. 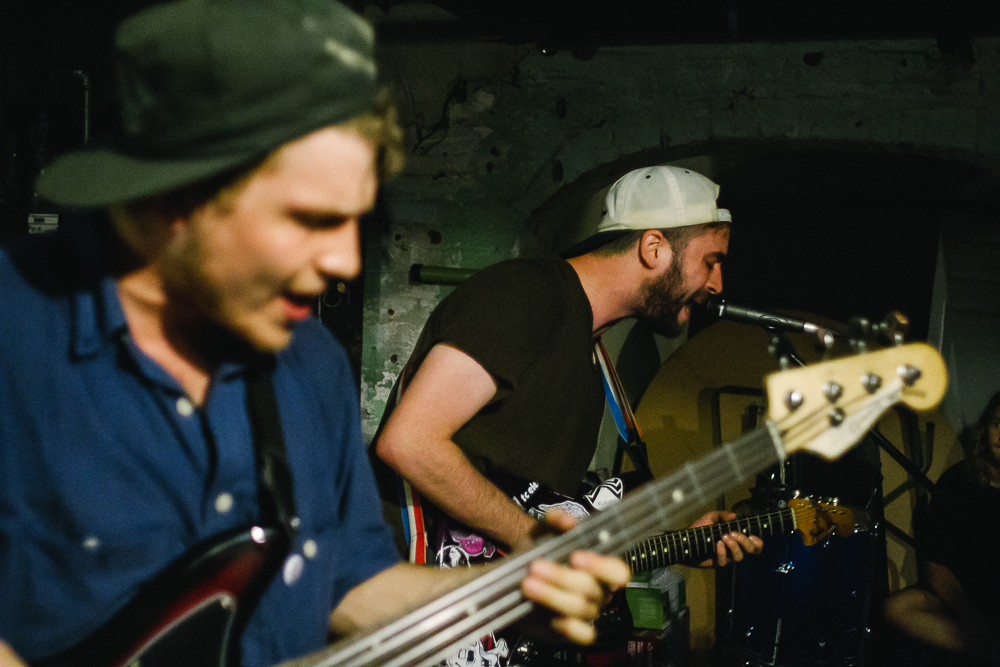 Philly nu-punks Vivre Sa Vie came out next, and hit the ground running. Breaching the line between band and audience, frontman and lead guitarist Sam Roland would frequently jump in front of his mics stand during one of his rollicking licks, teeth gnashing at the audience. With only one song released, it’s hard to say both exactly what they sound like and how much potential they have, but their energy certainly fit right in with the theme of the night. My boys from Sun Club were up fourth, and brought their fierce summer sensations to the packed and sweaty basement. Even though most people probably didn’t know a word, nobody cared. With crowd friendly choruses full of yips and “Oh, oh!”s, it’s easy to catch the excitement from the Marylanders, and this basement show caught them in fine form. As the set got more energetic, the basement got rowdier, almost into a full-on mosh. With the lights completely off, it was hard to see (and impossible to photograph) their set, but easy to enjoy the energy which filled the space. 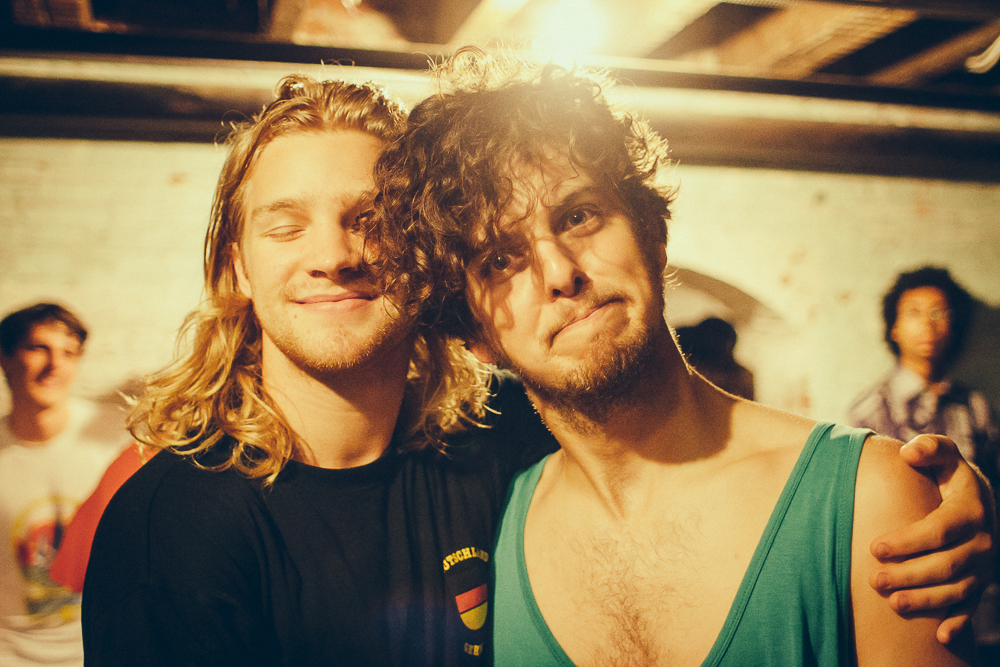 It’s hard to tell exactly how many people among the sixty or so people packed into the dark basement knew what band they were truly seeing, that night. As Rob Grote and crew set up and soundchecked briefly, the audience slowly filed back in from smoking on the porch or just getting a breath of fresh air. “Hey, we’re 8 Legged Prawn” Grote mumbled into the mic. Hearing a few laughs, it seems that at least some of us were on the inside of the joke. As the band worked through a rollicking and tight-knit set of favorites, those who knew sang along, and those who didn’t tried to get a closer look at the spectacle that is The Districts. Getting warmed up with the rising swell of “Rocking Chair”, the “ooohs” were a great tool with which to hook the crowd. As the night pressed on past midnight, the Districts were just getting started, and their set played like a “greatest hits” of their short discography. “Funeral Beds” “Long Distance” of course made appearances, and the wailing “Call Box” as well.

Walking away from the night extremely satisfied, the only question on my mind was how exactly was one supposed to know that it was a Districts secret show? For myself, it was a case of being in the right place at the right time; at the same show but to see a different band. If you’d like to see our friends in “8 Legged Prawn” (wink, wink) once again, they’ll be playing Boot & Saddle tonight as a part of the American Diamond Recordings Showcase, alongside Toy Soldier’s Ron Gallo, The Lawsuits and TJ Kong & The Atomic Bomb.