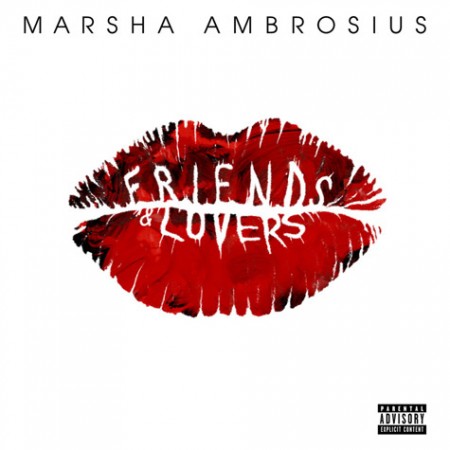 If an artist’s credentials are supposed to speak for themselves, then few musicians working today have a louder imprint than Marsha Ambrosius. The British-born, Philadelphia-based singer-songwriter is probably best known for her deeply sensual and evocative work as one half of Floetry, the duo whose early-2000s blend of RnB- and hip-hop/spoken word aesthetics made them (and this city) synonymous with neo-soul’s golden age. For those who chose to pay attention, however, the 36-year-old chanteuse has continued to supersede expectations and quietly architect some of the best pop and soul music of the past 15 years; her virtuoso vocals and keen ear for soundscapes and hooks are featured on superstar tracks like Justin Timberlake’s “Cry Me a River” and Michael Jackson’s “Butterflies”, as well as deeper cuts from Alicia Keys, Kelis, and Jazmine Sullivan.

To be sure, “those in the know” are a pretty big group – her 2011 solo debut, Late Nights and Early Mornings, opened at number 2 on the Billboard 200 and sold almost 100,000 copies in its first week. Propelled by big-name production and co-writing from folks as varied as Keys, Just Blaze, and the ever-enigmatic Lauryn Hill, Late Nights mined the depths of Ambrosius’s fiery passion on songs that quietly overtook the RnB charts.

On Friends & Lovers (RCA), which drops today after prolonged record label troubles, Ambrosius builds off of the first album’s themes to deliver something laced with both continuity and explosive uniqueness. This may be Ambrosius’s finest work since her Floetry days, as well as the most complete manifestation of this pop veteran’s creative mission yet.

Ambrosius’s musical genius is based in a mix of her immense talent and lyrical frankness. Seeds planted while she was in Floetry have come to fruition on her solo records, both of whose titles point towards the kinds of experiences that have influenced most of her work. But whereas Late Nights was a bit scattered, a compendium of amazing songs that worked best in isolation, Friends & Lovers is conceptual and inextricable from its whole. To be sure, these songs function well as autonomous statements that allow for logical entrees into Ambrosius’s lust-drenched world – “Stronger” (video featured above) reimagines Sade’s “Stronger than Pride” as downbeat hip-hop (the album version features a strong verse from Dr. Dre, a rare one for the entertainment mogul) – but they only seem like solid cuts when removed from their atmospheric, emotionally-charged whole.

Ambrosius displays no shame in addressing the joys of sex and temporary companionship with such candor, and her lyrics certainly merit the album’s “Parental Advisory” sticker (we’ll avoid reprinting most of them here). However, Ambrosius’s narrative talents address sex and the complicated emotions that surround it – lust, joy, ecstasy, uncertainty, and even shame and jealousy – without removing the experience from its emotional core. Ultimately, she can be completely forthright without being gratuitous, and this places her firmly in league with classic singers like Marvin Gaye and the aforementioned Sade. Her powerhouse vocals transcend registers and moods, singing lament and desire with equal dexterity, but even as she goes on melismatic runs with superhuman agility, they only build upon each songs’ base and empower them rather than subverting them to her showmanship. On album standout “Spend all My Time”, which features a world-colliding guest spot from Charlie Wilson (who sang the knockout hook on Kanye West’s “Bound 2”), Marsha builds layer upon layer of ecstasy-driven vocals over a propulsive slow-jam shuffle that churns along without ever releasing its intensity yet gives little away as the lyrics build towards the song’s triumphant ending.

Ambrosius is also at her most musically-sophisticated on this album, for which she collaborated with a variety of classic and upstart producers like DJ Premiere, Cottonbelly, and Eric Hudson. The instrumentation veers through a variety of templates – bossa nova on “Kiss & F***” (Interlude)”, piano balladry on second single “Run” (embedded above), but all share a hazy downtempo stamp that places this album in conversation with the current evolution of RnB towards atmospheric intensity. Ambrosius’s respect throughout the industry is clearly present in each of these collaborations, which seem to service her vision more than any producers’. Album closer “Streets of London”, which harkens back to her family’s home in London, communicates homesickness and regret over lyrics like “On these streets of London, many come and many go” that traverse familiar lyrical themes with fresh eyes and sounds.

As much as this is an exploration of Ambrosius’s world, Friends & Lovers accesses universal emotions that surround love and loss, making for an hours’-worth of songs that hook listeners with every snare click and shimmering piano run. Few musicians of Ambrosius’s caliber manage to pull off what she does on this album, and those who do – Sade, Beyonce – point towards a path that grows ever brighter for this emergent superstar.

Check back this afternoon for an interview feature with Marsha Ambrosius, and check out Friends & Lovers on RCA Records now.