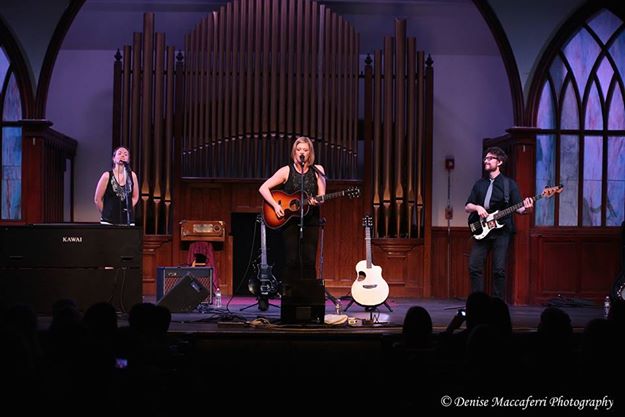 Liz Longley will return to her native Philadelphia next month for a pair of shows in support of her upcoming self-titled release.  I spoke with Liz recently about her new record, her move to Nashville and her experience working with the musicians on the album.  You can see her perform at Tellus 360 in Lancaster on August 29th and at Burlap and Bean on September 4th.

Helen Leicht: You grew up in the Philadelphia area – where are you from?

HL: And you are now living in Nashville. Why did you decide to move and how long have you been living there?

LL: In 2011, I moved from my college town of Boston to Nashville, TN. While I’m far from home, I feel part of an incredible music community. The focus on the craft of songwriting here is inspiring and the caliber of musicians here is unbelievable. There’s nothing like it.

HL: Tell me about the making of your new album and who you worked with on this new music?

LL: The upcoming album, Liz Longley, is a collection of songs I have written about experiences I’ve had over the past couple of years.  Good and bad! The exceptions are “Crazy Little Thing Called Love,” a cover of one of my favorite Queen songs, and “This Is Not the End” which I cowrote with three great songwriters for the season 6 finale of Army Wives.
I’m extremely lucky to have a supportive and enthusiastic fan base who funded the making of this record through Kickstarter. Because of them, I was able to hire musicians who have played with everyone from James Taylor to Stevie Nicks. We live streamed the recording process from Nashville’s Ocean Way studios and the contributors to the album tuned in and made the experience even more memorable.

HL: Is it available now? If not when will it be released?

LL:The record is not yet released as I’m currently in the process of signing my first record deal. We’ll announce a release date soon!! I see you have a video posted on your website for “This is not the End”.

HL: Talk about the making of the video

LL: The making of that video was super simple. We just set up a mic in my house, hit record on an iPhone and had an acoustic version of ‘This is Not the End’ that we were excited to share. “This is Not the End” was a cowrite with Allen Salmon, Michelle Lewis and Shannon Wright.

HL: I’ve been playing “Memphis” on my show.  That song sounds so good.

LL: Thank you so much! I wrote that song while sitting in a green room before a show. The song was produced by Gus Berry! Gus Berry did a wonderful job producing this record and bringing these songs to life. We met at Berklee College of Music and toured together for two years. He knows these songs better than I do!!

HL: Tell me about how you got the opportunity to sing with Amos Lee in Massachusettes

LL: Last month I opened for Amos Lee in Lowell, MA.  Amos called me backstage and told me a funny story of how we met at the Tin Angel when I was fourteen years old.  He then invited me up to sing the encore with him. We had a great time!  Such a treat to share the stage with him.