XPoNential Artist Spotlight: Ryan Kattner of Man Man talks kids, celebs, and how we should all bring him cloaks for #XPNFest - WXPN

XPoNential Artist Spotlight: Ryan Kattner of Man Man talks kids, celebs, and how we should all bring him cloaks for #XPNFest
Events

XPoNential Artist Spotlight: Ryan Kattner of Man Man talks kids, celebs, and how we should all bring him cloaks for #XPNFest

I’ve been a fan fan of Man Man for almost a decade now—the same amount of time I’ve lived in Philadelphia. Coincidence? Maybe. But I think there’s something quintessentially Philly about this wacky foursome—something passionate, and unhinged, and maybe a little sweaty—with a big heart underneath all the face-paint. For the past 10 years, I’ve loved watching them grow with the city, transitioning from a ragtag group of gypsy punk weirdos singing fantasy-inspired chants—to a (more) polished quartet crafting real moments of heartache—while never losing their unique essence.

From the start, front man Ryan Kattner (a.k.a. Honus Honus) has been the driving creative force behind the band, as well as one of our fave interview subjects. One year after our last chat, I rung up Kattner again, in advance of Man Man’s set at XPoNential Fest. We talked kids, celebs, and audience requests—read on to get the full scoop.

The Key: So I saw the School of Rock video you posted of kids reacting to your performance. They were pretty harsh! How do you respond to allegations of being creepy and drunk?

Ryan Kattner: All of them are squares. [Pauses]. Nah, I kid; there were a couple of cool little kids. The rest of them—maybe they should listen to Kurt Vile or something [laughs].

TK: You should write to them and suggest it! Do you ever see kids in the crowd at Man Man shows? 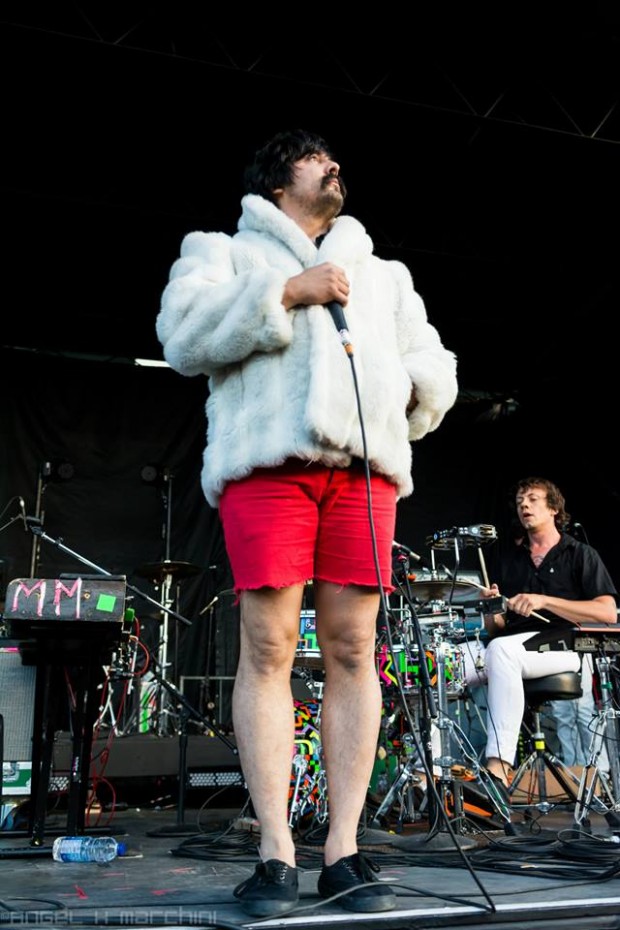 TK: That’s a relief! So I read a review of your set at Shaky Knees fest, and it mentioned you had a lot of costume changes. Does Man Man have a stylist, or do you pick them out yourself?

RK: Disclaimer: never in a million years did I imagine I would have costume changes. It’s just something that kinda of evolved and I rolled with it. I still think it’s funny—because when do you ever go to a show that’s not, like, Lady Gaga or something, where they have costume changes? It’s a play on that ludicrous idea. [Pauses].

Anyway, the costumes are designed by this awesome designer Naomi Davidoff—she was the only person after five records that in got touch. I was psyched because I had always secretly wanted to do some sort of fashion collaboration, and finally some of my ideas could come to fruition! She’s based in Baltimore. She designed some awesome cloaks that I wear, and she designed my Wolf Blitzer outfit that I wore on Anderson Cooper. The other things are items I pick up on tour.

I heavily endorse this Captain Crunch coat I wear during a song…it’s a song where I’m just singing and not playing an instrument, which always feels a little strange to me. So I try to have fun with it and be creative. That’s how wearing this stupid alien mask with a mustache evolved—just to keep it interesting. [laughs]. Then I acquired a Captain Crunch coat from someone in Pittsburgh who brought it out—I thought ‘I’ll try this out!’

I love it when people bring me things to try. I acquired this white, faux-fur coat that I wear sometimes; it’s very pimpin.’ And I tell myself I bring it along in case we break down in the winter somewhere, because it’s warm coat—but really I just want to wear it in the summer. I got it from a venue we played in Upstate New York, that used to be a theater. And they had this amazing, unused costume department in the basement. And the promoter was like, “Take whatever you want.” So naturally I gravitated towards this white fur coat. 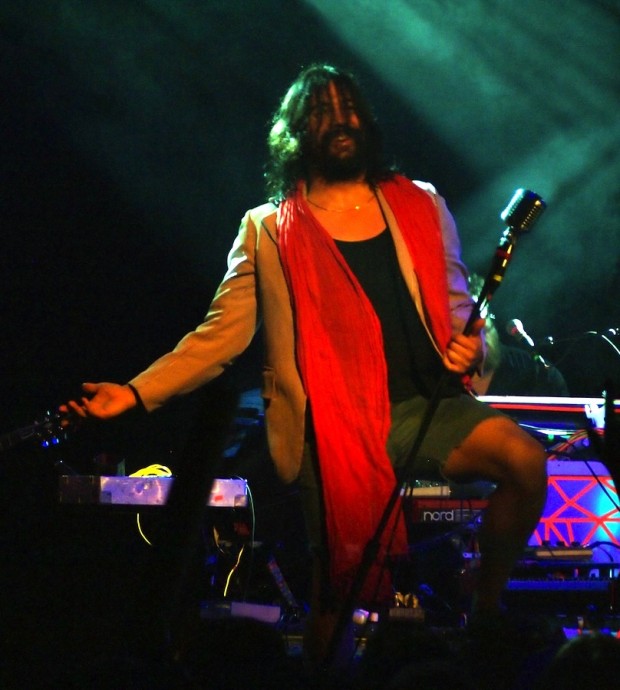 TK: Do you have any special outfits planned for the XPoNential Fest?

TK: That sounds very regal! Or possibly, like Little Red Riding Hood, depending.

TK: Fair enough! So the fans, especially those of us in Philly who have been watching you guys for a decade now, have come to expect a certain level of energy and revelry from Man Man shows. Do you think knowing about these expectations changes the way you perform? Like, are you purposefully crazy because you know people expect it? Are hometown shows crazier than other shows?

RK: Hometown shows are always a blast. It’s funny though, because—like you said—we’ve been doing this for almost 10 years now. But at the same time, there are still a lot of people in Philly who don’t know who we are. So every show we have to earn new fans. Are we crazier when we play Philly? Maybe. If we’re drinking the city water—the wahhh-ter—probably.

TK: So whenever I listen to the new record, On Oni Pond, compared to the older stuff, it definitely has a little bit more of a sense of sentimentality; it’s a little more radio-friendly. Was this an intentional decision you made, or did it just sort of evolve naturally? Do you think it’s going to continue going forward?

RK: I think it evolved, but at the same time, I’ve been trying to be user-friendly since Day 1. [Laughs]. Well, user-friend on my own terms!

RK: I think the stars align and you put out a great record. It just works.

TK: Are you guys working on new stuff yet?

RK: Yeah, Chris [Powell, drummer] and I are working on new tunes already. It’s hard when you’re touring a lot—and I live on the opposite coast now. But we’re trying to put out a new record by next summer. 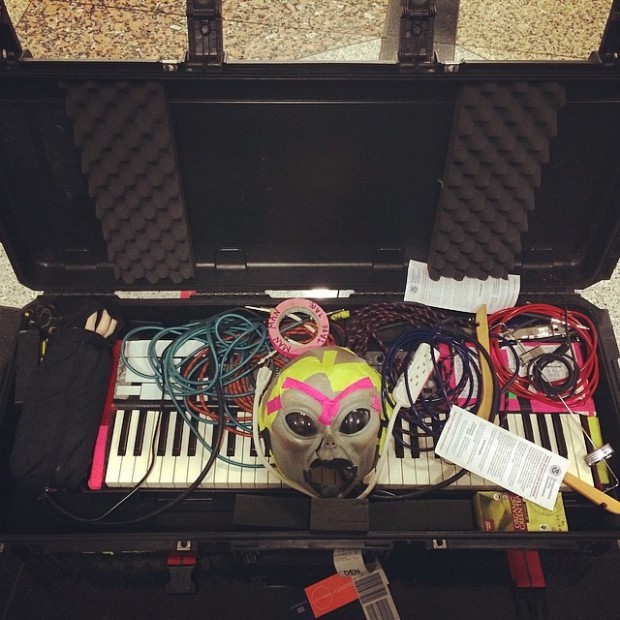 TK: Nice. So let’s talk XPoNential Fest. Is this your first time playing the festival?  What’s the craziest thing that ever happened while playing other festivals?

RK: Yeah, it’s our first time. When we played Bonnaroo it was so hot we thought we were going to have a heat stroke. We looked like crying babies our faces were so red. And then later when we were backstage after the show I saw Bruce Hornsby—normally I probably wouldn’t recognize him, except he’s in that Robin Williams movie World’sGreatestDad, which I had recently seen. Anyway, I thought to myself “that’s Bruce Hornsby!” And he looked over at me and he mouthed words “you guys were crazy!” And I thought, “that’s cool.”

RK: Exactly! The greatest thing about playing these festivals is that people see you who would never see you otherwise. You know: people who have never heard of you, people who think they know what you’re about, but don’t really; even people who have heard of you but never got around to seeing you before now have the chance. It’s great for them, and it’s great for us too! We’re always trying to win people over. Or annoy people [laughs]. 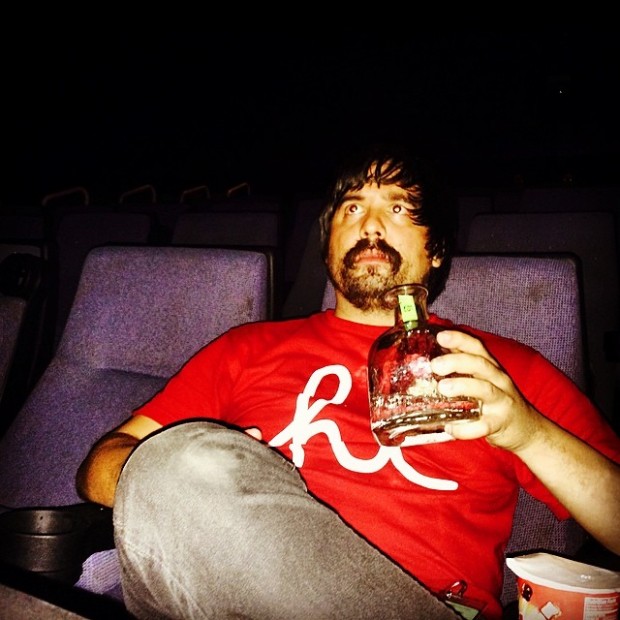 TK: Is there anyone you’re particularly excited to see at the XPoNential Festival? I’m pretty psyched for Beck.

RK: I love Beck! MidniteVultures is one of my favorite records of all times. [Kate’s note: Me too!] I was finishing my dissertation when it came out. I haven’t seen him play since like, Odelay. That was one of my first concerts. It was great. There was break-dancing.

RK: That’s a great record. I would love to make a MidniteVultures type record.

TK: Is that a hint? [laughs]. So what’s coming up next for Man Man?

RK: Right now we’re just demoing new songs and trying to find someone to put out a record next year.

TK: Will you demo some of these new songs at the festival?

RK: We’re going to try to… we’ll see. But either way I want to let people know: come out and see us play, if you’re ever been curious. Or even if you have no idea! Or if you don’t even like the music, I still think you could enjoy the live show [laughs]. Also: bring me cloaks! (and coats). But no capes.

TK: I will try my best to spread the word.