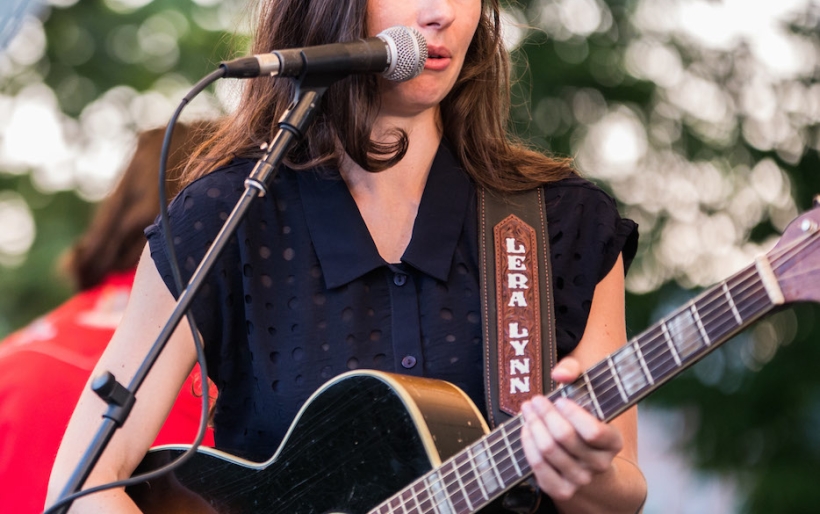 On Tuesday a sublime summer night was the backdrop in Eagleview Town Center in Exton, PA for a double-header free concert of Lera Lynn and The Wallace Brothers Band. Both artists pulled from the roots music / singer-songwriter tradition, but with two distinctive takes on it.

First up was the alt-country Lynn. Touring behind her new release of The Avenues, Lynn and guitarist/producer Joshua Grange stung the night with notes of rock and Americana. Currently based in Nashville, Lynn is a formidable musical force to look out for.

Three concerts remain in the Concerts on the Square series at Eagleview Town Center. Lera Lynn will play the Tin Angel on Saturday, September 6. The Wallace Brothers Band will be at the Philadelphia Folk Fest on Friday, August 15.