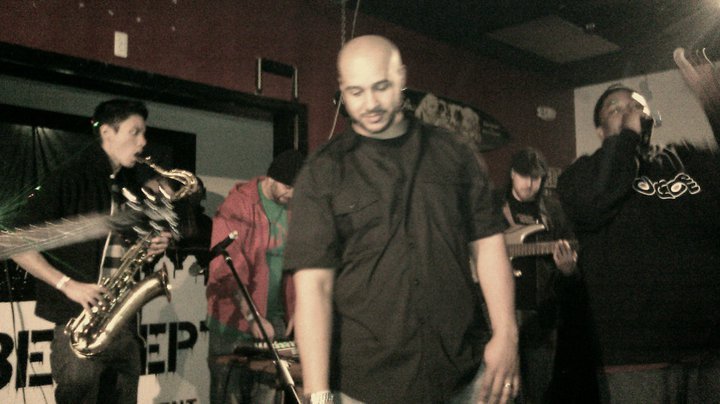 Philly hiphop collective Dumhi returns this month with the latest installment of its Loosies series, amusingly titled Soft Pretzel Power Ballads. It’s a funny title, but these dudes are for serious – producer Haj at the helm and his regular bevy of collaborators, including Reef the Lost Cauze (his January single “Early on my Born Day“), Random, Murs, Burke the Jurke and more.

The first single, “Sacred Papercuts,” is streaming now, and carries on with Dumhi’s trademark vibey, eerie beats – Haj is a master of soundtracking – with verses traded between Scanz, Nico the Beast and Rich Quick. Each has their own distinct flow, from laid back to boomy and aggressive, to nasal and acrobatic.

Haj describes the Soft Pretzel set as “exclusives both old(er) and brand spanking new” and is releasing a limited edition cassette of the set via Ill Clinton’s Us Natives Records on August 26th. You can preorder it here, and check out “Sacred Papercuts” below.