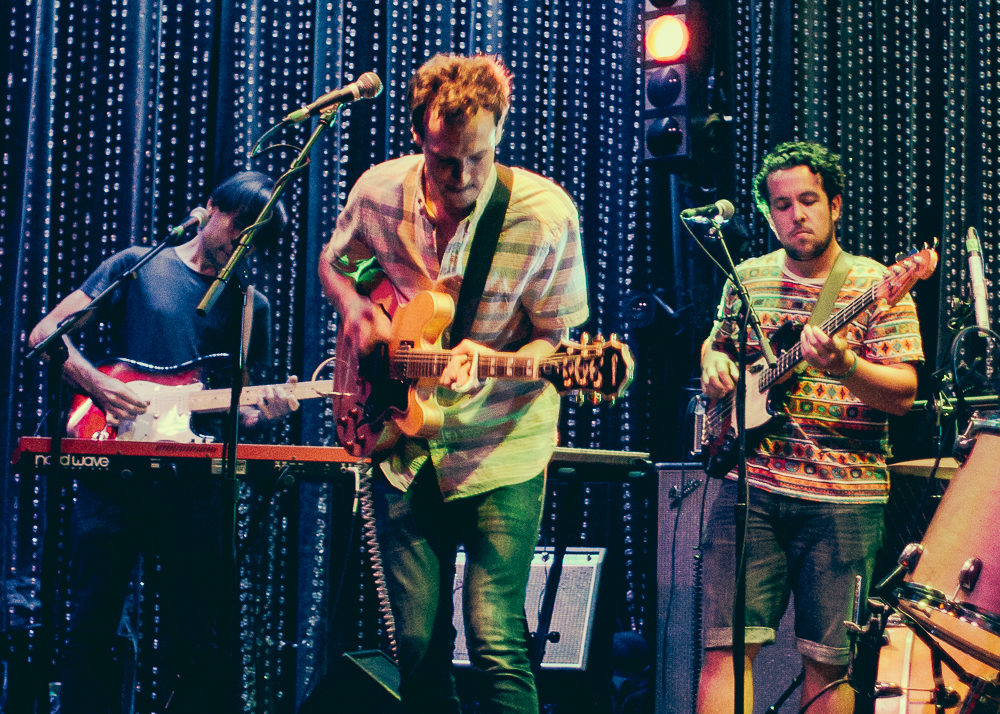 Mock Suns – Philly underground-psych regulars – got things off to a slow-rolling start, with frontman Greg Puglese using the handset of an old corded phone to loop muddled vocals into their creeping, crawling sound. Knowing what was in store for the rest of the night, it was pleasant to have a bit more laid-back introduction to the evening. Working their way through a smooth half-hour set, the band demonstrated why they were tapped to open at the venerable Philadelphia venue: their tight-knit performance speaks volumes about their commitment to sounding as big as possible.

Sun Club are finally hitting their stride here in Philadelphia. After opening for Cayucas in May to disappointing turnout (and a crowd that didn’t know what to do with their fierce energy), the band found a packed basement of sweaty fans at a Districts secret show in North Philly. Some of those same faces were filling out the growing numbers at Johnny Brenda’s, clearly having enjoyed their last taste of the Maryland surf-punks. “These have been our best Philly shows, it feels so good,” Sun Club’s multi-instrumentalist Kory Johnson told me after their set in the day. 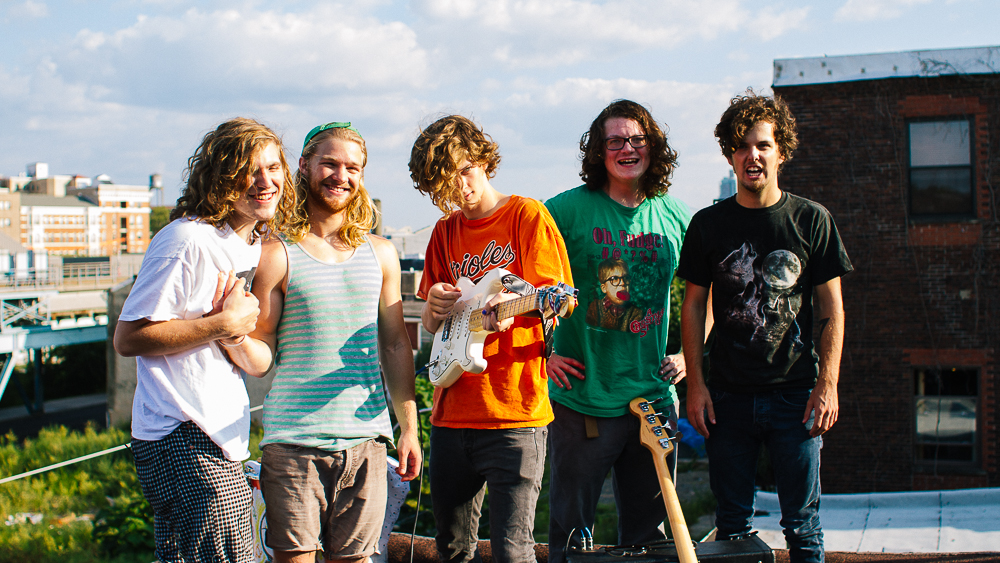 The band’s pounding, frenetic jams lend themselves well to losing yourself – as a number of fans did in the free space of Johnny Brenda’s standing room. Midway through their set, lead guitarist and vocalist Mikey Powers took a pause to catch his breath, push back his flowing locks, and exclaim “Whoa, thanks for dancing, Philly! You guys are awesome, most people just dance by beating each other up at our shows, this is so cool!” Bright tunes with yips and hollers flow seamlessly into yells and growls, and none of the five members ever stop jumping, gyrating or rocking hard for more than a few seconds.

Sun Club rides a unique line between the gritty punk scene brewing in their hometown of Baltimore, and a flowery surf-rock aesthetic not often found on the East Coast. Earlier in the day, the band met up with the Out of Town Films crew and taped a few songs on a Fishtown roof – look for those videos soon for a taste of what they’re doing. The boys of Sun Club bring a lot to the table: beautiful hair, incredibly fun jams, and a happy-go-lucky enthusiasm that only comes around every so often. Don’t sleep on their music, and make sure to catch them next time they’re in town. 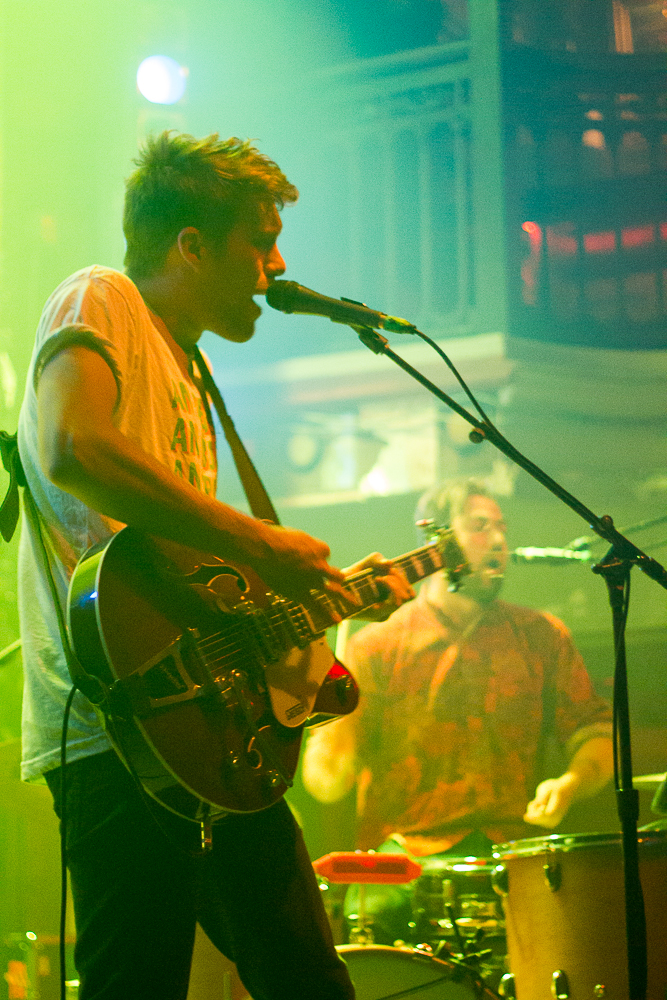 I’m don’t think I can say that I’ve ever seen a band with a more apropos name than Thumpers. Drummer John Hamson Jr. stole the show, laying down gigantic percussive landscapes for the rest of the band to walk through and build upon. Guitarist/vocalist Marcus Pepperell played his part well, and the chemistry that the alt-pop duo (touring as a four-piece) is evident.

The combination of organic and synthetic sounds wasn’t always as seamless as it would be on a Thumpers record, but for some reason it feels good – maybe not quite better, but different in a good way – to hear the strange fusion. Keeping things short and to the point in their 45 minute set, the Brits only bantered once or twice, making cracks about cheesesteaks and a friendly jab at their tour mates in Sun Club.

Danceable – though in a lighter tone than Sun Club – Thumpers brought great vibes and cured any possible remaining cases of the Mondays in the audience. Even though their set ended close to midnight, no one seemed to mind losing a few hours of sleep at the beginning of their work week. Biking away from Johnny Brenda’s, I couldn’t have been more pleased with the night: three bands who work hard and play even harder, all bringing their A game to a great space.