In the most basic description of the term ‘DJ’ it is possible to narrow down the term to 3 categories. There is the DJ that just plays music, only presses play or plugs in the iPod or hits shuffle on the laptop. This, unfortunately, is by and large the view of the DJ in far too many circles. Second is the DJ that works the crowd, they have an understanding of music that runs deep and knows how to play to their target audience, and in turn deepen that appreciation, and build relationships. Thirdly, there is the DJ that can play an audience not the music they came to hear, but the music the DJ wants to play, and present it in such a way as to give said audience an appreciation of something that might otherwise be outside of their comfort zone. 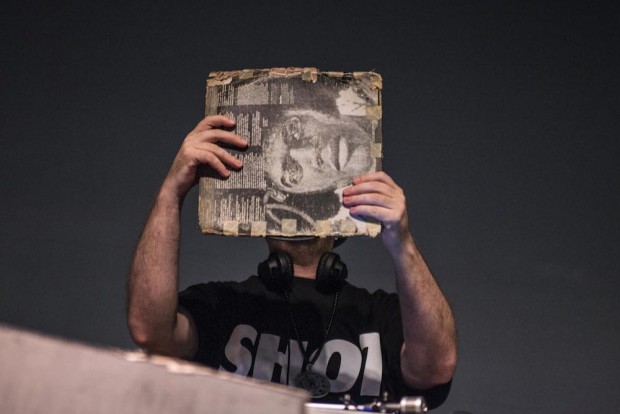 Cut Chemist and DJ Shadow have spent the better part of 2 decades honing the skills that place them in that third category. Crate diggers and turntablists of the highest order, they have built careers endlessly scouring the darkest, most hidden corners of music to cultivate their sounds. DJ Shadow’s legendary debut, Entroducing, was billed as the first album to contain nothing but samples, and together the duo has influenced legions of imitators working tirelessly to keep the idea of turntablism alive. While they always tout the lesser known artists hidden in the deep corners of the record shops (Shadow alone has a record collection that exceeds 60,000 pieces of vinyl), for the Renegades of Rhythm tour, they embarked on a new adventure entirely.

Afrika Bambaata, one of the men who famously planted the seeds of hip-hop and helped give birth to it’s components (Graffiti artists, b-boys, rappers, and DJs coming together as a collective), was also a world class DJ with tastes as finely tuned and eclectic as any of the most famous radio personalities. So at The TLA on Saturday night, Chemist and Shadow scoured his personal vinyl collection of over 40,000 pieces to put together a unique 90-minute experience of funk, soul, blues, rock, hip-hop, and electro that is a snapshot of the birthplace and roots of hip-hop. The records were in tatters, some of them having literal holes from years of being lovingly played over and over and over again. It was a feast for the ears, and a perfect picture of what it means to love listening to music, and, to love playing music for people.

Openers Edan and Paten Locke were a triple threat duo that both produce, DJ, and rap. With solid flows and a a good mix of both old and new aesthetics, they were connoisseur of sound with a little Laurel and Hardy thrown in for comic relief. At one point Edan put down a little Velvet Underground, while Paten Locke aimed to “Put some African in the Caucasian” to help the audience “check the racial unity” and slapped bass-y electro beat behind it. Love City DJs opened the night with a solid set that bounced between hip-hop, R&B, and dance with gleeful aplomb, and had the crowd nice and warmed up for the nights events.