Well, this sucks. Today, Main Line venue Ardmore Music Hall posted security footage on their Facebook page captured in the wake of last night’s funk spectacular with Turkuaz and Swift Technique. In it, we see three lanky long-haired people (at least one sporting a burly beard and dreads) stumbling around the venue and stealing from behind the bar.

“Here’s a shout out to these three scumbags who decided to rip us off last night,” the post read. “Way to tarnish a great night.”

Over the course of the minute and 45-second video, the three people – who, through the fuzzy-ish footage, appear to be white males in their 30s or 40s – walk along the empty upstairs bar area, reach over the counter and pull liquor bottles from three different places, along with several beer cans. About half way through, one of the people goes up to the taps and starts pouring beers.

“It was immediately following a show,” owner Joe Rufo told us via e-mail. “A few customers snuck upstairs.” He declined to comment further, but the venue’s Facebook page commented on the video “If anyone knows these guys feel free to message us.”

No word on whether the people have been ID’d, or whether charges will be pressed; the video has racked up over a hundred shares since going up at noon, and though many comments remind me of why I subscribe to the Don’t Read Comments Twitter, some are kind of funny. Like this one: 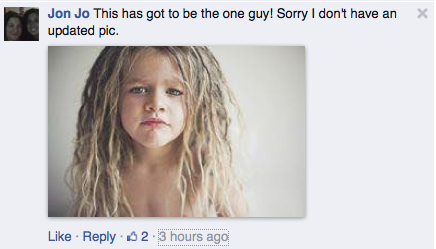