#Selfies4Ebola: Forbes 30 Under 30 party was fun, and that's about it

#Selfies4Ebola: Forbes 30 Under 30 party was fun, and that’s about it
Events

#Selfies4Ebola: Forbes 30 Under 30 party was fun, and that’s about it

What does “Young Professional” even mean? It’s such a nebulous term that gets bandied about with no concrete definition, and until Sunday night I had never really seen how actually strange the young professional crowd can be. Forbes 30 Under 30 summit is taking over Philadelphia this week, for better or worse, and kicked off Sunday with a one-day music festival at NoLibs social engineering space The Piazza at Schmidts. 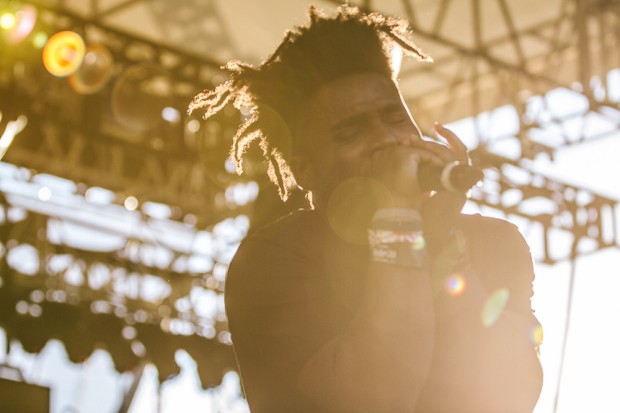 Local young rap-fessionals OCD Moosh & Twist got the brisk Fall night off to a fun start. Even though it’s fair to say most of the twenty-going-on-fifty-something crowd didn’t know any of their music, it didn’t keep hands from being thrown in the air, and plenty of smiles from showing as the trio bounced its way through a tragically short and sweet opening set. The group has been steadily climbing in popularity over the past year or so, and it’s really great to see them getting on bills like this one, and Made in America earlier this year.

Up next, singer/songstress L.P. (short for Laura Pergolizzi) played through a bright and peppy set of her largely unknown uke/whistle-core career. Even though she’s been making music for over a decade, her work is starting break through by way of commercials—you’ve definitely heard her single “Into the Wild,” even if you don’t know her name. Taylor Hanson—yes, that Hanson—made a surprise appearance during her set to perform a cover of Stevie Nicks & Tom Petty’s “Don’t Go Draggin’ My Heart Around,” and actually kinda made it work. 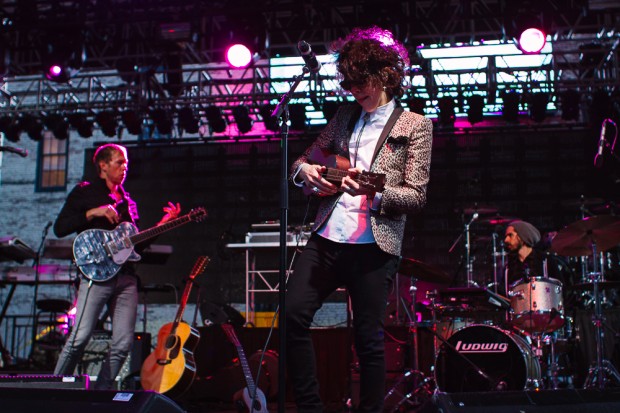 It’s pretty apropos that Wiz Khalifa would play the day before Philly kicks off it’s relaxed stance towards marijuana. Although certainly not planned, I’m sure I wasn’t the only one chuckling after making the incidental connection between the rapper and the ordinance. Regardless of whether fans chose to partake or not, Khalfia knows how to throw a party.

Rocking the mic and a fatty, the rapper blasted through his bombastic party jams along with a packed—but not overly so—Piazza. Numbers like “Black & Yellow” (how dare you, Wiz. can’t you tell Pennsylvania cities apart?) and “We Dem Boyz” had the audience going word-for-word and smile-for-smile with purple-hazed-and-haired Khalifa.

Mayor Nutter took the stage—to mixed response—shortly after Wiz bid adieu to talk about…something. To be honest, the whole activism vibe of the show fell a bit on its face. With festival spokespeople saying things like “Together, we can tweet to end the Ebola pandemic!” between sets, it was hard to take seriously. The tickets were free, but given away for doing things like “taking selfies for awareness.” I don’t have a problem with activism or music, but with no active fundraising or charity efforts at the show, what was the point? Slacktivisim at its finest.

After a tediously long set change painfully packed full of technical errors and soundcheck problems, DJ/producer Afrojack led the remaining young party-fessionals (and Mayor Nutter) in a massive dance party to close out the night.