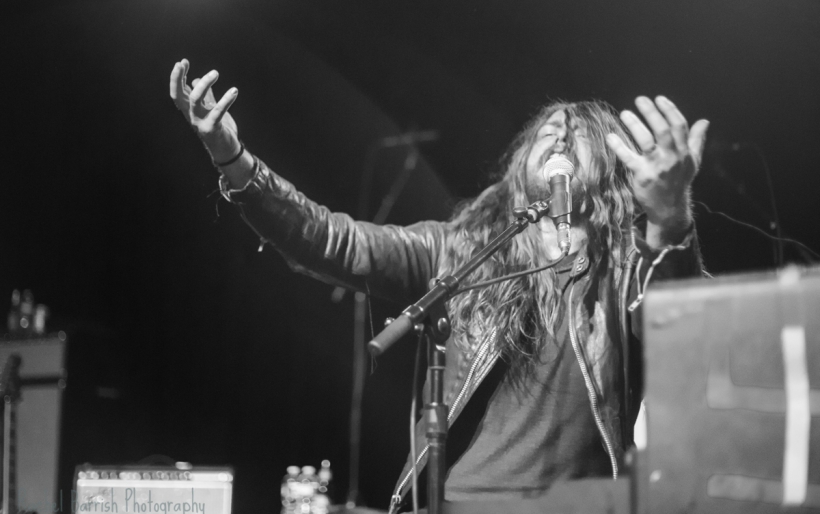 Losing his voice, J Roddy Walston turns to the TLA crowd for help

Saturday night the TLA was filled almost to capacity with fans riled to see J Roddy Walston & The Business. The Richmond, VA foursome gathered on the stage to an exuberant amount of clapping and shouting. J Roddy took his place at the grand piano with his long hair in front of his face the majority of the time. At one point he told the audience that he was losing his voice after the long tour and asked them to help sing along.

Despite his illness, J Roddy definitely rocked out the house that night. During the encore he brought fans up to the stage to dance and sing to “Heavy Bells” and then proceeded to crowd surf for a few moments to end the night on a high. Check out photos from the show in the gallery, read the setlist and watch the singalong encore in the video below.