Usher in the holiday season with Jingle Jams on XPN2 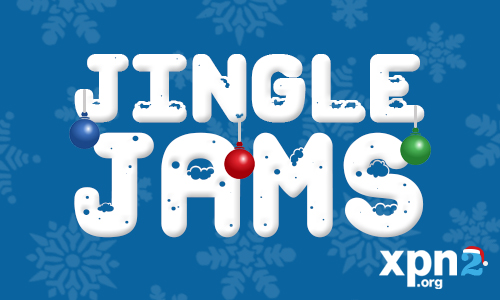 It was 21 years ago when WXPN came to me, with those puppy-dog eyes, hoping that I’d fill in on December 24. Seems no one was available, and in those days before digital, you needed a body to oversee any programming. I agreed – as long as they gave me complete freedom to spin an aural web of sounds of the season – direct from my collection of holiday tunes.

What they didn’t know was that I had already developed a fascination for Christmas songs. Not the burnt cookies anyone can hear up and down the dial in December. My collection was chock-full of unique nuggets – some not given the light of day for decades. This first began with a box of Christmas LPs that I purchased at a thrift shop in the late 1970s. I became intrigued with the fact that Christmas was more than Johnny Mathis and Bing Crosby. Throughout my adult years – beginning in the 1980s – I always kept an eye out for the unusual holiday release; first on vinyl and then CD. One crate became two, and soon became bins upon bins.

Of course, having a collection of holiday music doesn’t really win many friends – not many want to sit around all night and listen to Christmas LPs … especially in summer.

So, I kept my fascination to myself – until that fall in 1993 when the powers that be asked me if I’d work Christmas Eve. Not only did it allow me a chance to showcase my collection, it helped me through a trying personal time. Christmas 1993 was the first Christmas without my Dad. He died suddenly that summer at just 54 years of age and, even though we hadn’t seen each other as often as we had liked, Christmas was always a season that the two of us enjoyed together; Robert Drake Sr and Robert Drake Jr.

The offer to work Christmas Eve was a perfect distraction for me. That first Christmas Eve my special was three-hours long. Then the three hours went to four – which went to six and then to twelve, to celebrate twelve years of tradition!  One unexpected benefit of hosting The Night Before every year was the relationships I began to develop with my listeners; the faithful who made me a part of THEIR holiday each year. After a dozen years, I realized that I looked forward to them as much as they looked forward to me. The Night Before on XPN had become a tradition all around.

Once the dust settled on my 12th year – and my twelve hours – XPN Program Director Bruce Warren asked what I planned to do to top it.  I said, half-jokingly, how about 24 hours?! After checking my pulse and temperature – just to be sure I wasn’t babbling under some illness – they agreed and my 24-hour special has been heard year after year on WXPN and live worldwide at XPN.org – midnight to midnight on December 24th.

A couple of years ago, Bruce asked me to program a 24-hour, uninterrupted mix of holiday/seasonal songs for our HD channel. I proudly accepted and JINGLE JAMS was born. It can be heard on our HD signal at 88.5-2FM locally and live worldwide at http://xpn2.org.

Finally, a word of thanks to everyone; from my colleagues at WXPN to the listeners around the world  – I’ve been able to take a private, quirky musical infatuation and lovingly share it with the world – keeping the memory of my Dad alive and well each year.

It doesn’t get any better than that.