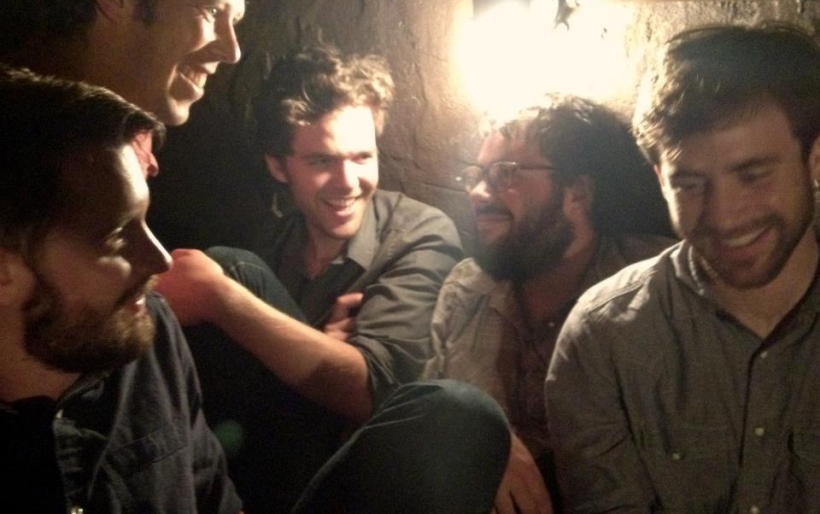 We’ve talked about the relationship between music and comedy before, but Oldermost will take things to the next level when they headline Johnny Brenda’s with support from comedians Doogie Horner and Chip Chantry and local band The Rivals on December 10th.

Oldermost is currently finishing up work on a new EP called It’s Difficult To Know Anything At All, which is scheduled for release early next year.  Of the EP’s songs, the band’s Bradford Bucknum says:

Simply, with this new EP we started to take ourselves less seriously and the songs got more serious.  We wanted to lighten the songs and they might have gotten darker.  But the songs don’t feel as heavy so we are hoping people want to pick them up and carry them around with them.  We leaned hard into our love for 60s/70s singer-songwriters and decided to start using the piano and drums like a rock band!

As for the show’s alternative-style line-up, it makes sense to pair music and comedy together.  The Key’s Sameer Rao wrote about the similarities between the two back in February, saying:

The bloodlines of American comedy and music have been intertwined as long as they’ve been art forms. From vaudeville to variety shows, these two types of performance hit upon the most fundamental human truths.

Both forms also stand to learn tremendous amounts from one another. Many musicians can learn not to take themselves so seriously, to not put on airs that that threaten to be exposed at a moment’s notice. Likewise, comedians should always strive to be intellectually curious and explore every avenue possible for new material. Both forms grow when performers don’t pander to the lowest common denominator, yet keep themselves in check enough to not get lost in their own pretensions.

Sameer even went so far as to suggest a Kurt Vile-Chip Chantry collaboration.  Whether or not that’s what inspired Oldermost to curate this show is not known, but what is known is that the crowd will be in for an unforgettable experience.

Check out the performers below; tickets and information for the 21+ event can be found here.  Listen back to Oldermost’s Key Studio Session here.