With a mixture of pride about our recent accomplishments, sadness about closing the book on 2014, and a constant craving for snacks, we arrive at the penultimate episode of the year for Folkadelphia on WXPN, airing at 10 p.m. tonight. What a ride. Thinking back on the year, it’s a blur of music. Seriously, no one can hope to hear that much music, right? Does anyone have a solid system for intake, choosing what to pay attention to, how much time to devote to a particular album, and then making a succinct decision about if it’s “good” or “bad?” If you do, please email me at fred(at)folkadelphia.com and reveal to me your secrets, magician!

That’s why the end of the year is crucial for me; it’s a time for me to look to others (critics and other curating robots) for direction, to potentially discover albums that slipped through the gaping cracks in the asphalt that I call my life. I could care less about “top” lists, so we will be side-stepping that format here. I talked about this idea, using the end of the year for discovery instead of reflection at length in the previous part of this write-up. Maybe I can do the same for you.

Read about Myriam Gendron, Tompkins Square, and Mitch Esparza in our previous post.

Supergroups – The Gloaming and the Furrow Collective:

The Gloaming by Fergal Ward

Marvel’s Avengers – who cares? How about these supergroups of musicians? First, on The Gloaming. I’m a big fan of New York pianist Thomas Bartlett (aka Doveman) and when I read that he was collaborating with other heavy hitters (Martin Hayes – fiddle, Dennis Cahill – guitar, Caoimhín Ó Raghallaigh – hardanger fiddle and other stringed instruments, and Iarla Ó Lionaird – voice) for a project called The Gloaming, I was more than a bit intrigued.

Little did I know that I would spend the next eleven months (The Gloaming was released in January) obsessing over this album. If I had to pick my favorite, as well as to dub the most interesting album of 2014, The Gloaming would receive both “honors.” The Gloaming exist at the convergence of Irish traditional music, neo-classical compositions, and the contemporary New York music scene. What they create feels otherworldy; it’s all in the taking of Irish folk songs and poetry that are rooted in antiquity, history, and tradition, and pulling them into the present. Hope this team performs in Philly at some point. 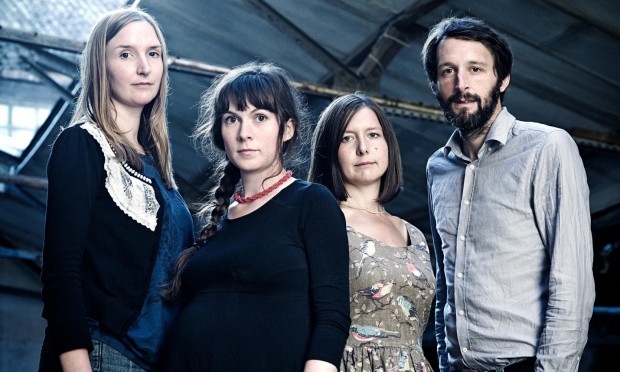 Now, on to The Furrow Collective. As with The Gloaming, my initial point of connection with the UK collective was with one member, Alasdair Roberts. I first fell for the Scottish musician during the early aughts with his releases as Appendix Out, his solo albums, and bountiful other output, mainly via the Drag City Records label. I often find myself pouring over Roberts’ reinterpretations of traditional music (and those liner notes, the best!) You might call me a Roberts devotee, I’ll follow him where he goes.

This year, he went to join a group of like-minded souls: Lucy Farrell, Rachel Newton, and Emily Portman, and together they released At Our Next Meeting. The Furrow Collective certainly carries the torch lit by brethren Steeleye Span and Pentangle back in their earlier years. You want ample musicianship & chemistry, storytelling, and a dose of history & tradition? Look no further than The Furrow Collective. 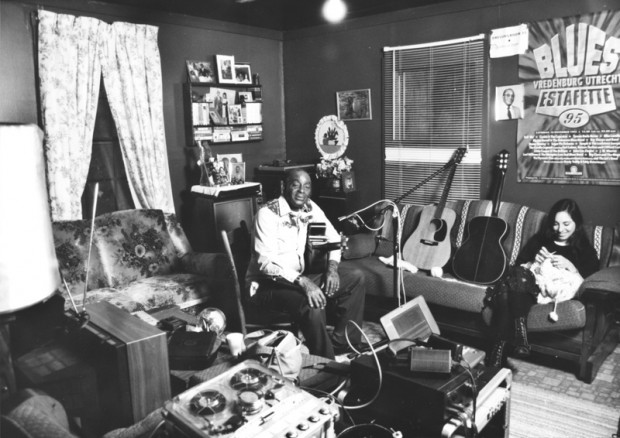 The Music Makers Relief Foundation, based in North Carolina, has been giving a platform and a megaphone to musicians since 1994. Now twenty years in, they’ve been entirely successful in “preserving the musical traditions of the South by directly supporting the musicians who make it, ensuring their voices will not be silenced by poverty and time.”

In celebration, they compiled a multi-media release drawing from their two decades of supporting Southern musicians. The companion CDs, two loaded discs of amazingly diverse music from folks like Etta Baker, Carl Rutherford, Ironing Board Sam, Captain Luke, and many others you may know or soon will know, are triumphs and trophies. Hopefully it’s also a milestone on the way to doing much more positive work for musicians out there. 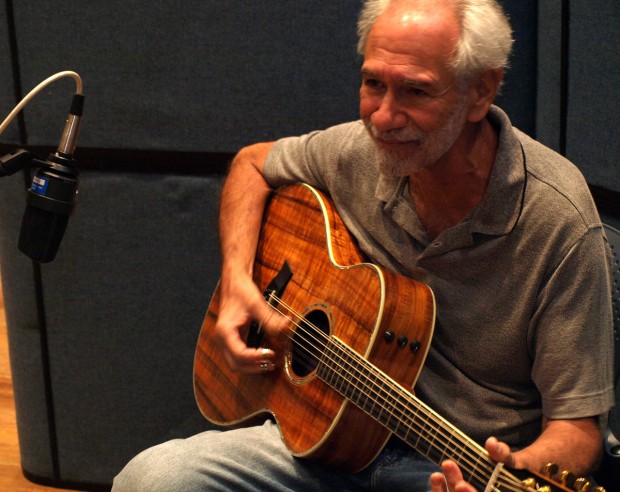 Don Bikoff at his Folkadelphia Session

2014 saw the resurgence of a handful of cult musicians. Vashti Bunyan, Don Bikoff, and Linda Perhacs released their formative works in the 1960s and 70s and seemingly disappeared. The case of each is that only a small amount of their records were pressed or scant albums were sold. That’s where many musicians’ stories end, but music often has a life of its own. Recently, Tompkins Square reissued Bikoff’s 1968 Celestial Explosion leading to this year’s Seeking Hallowed Ground, a dazzling display of instrumental guitar virtuosity.

Vashti Bunyan’s 1970 release Just Another Diamond Day, initially a commercial disappointment, went on to be reissued in 2000 and influence the indie-folk scene, like Devendra Banhart, Joanna Newsom, and Animal Collective. Encouraged by this new wave of support, she recorded and released a second album Lookaftering in 2005 and now, in 2014, she’s released her third and final album Heartleap.

Linda Perhacs’ forward-thinking 1970 release Parallelograms has remained a coveted relic from that era. Over the years, a number of musicians have championed Perhacs’ sound and vision. Now at 70, Perhacs collaborated with musicians like Julia Holter and Ramona Gonzalez, and signed to Sufjan Stevens’ Asthmatic Kitty Records to release The Soul of All Natural Things. On a roll, Perhacs is back in the studio recording a follow-up.

Tune in to WXPN tonight at 10 p.m. EST for Folkadelphia’s second of three year-in-review shows, and check back next week for another roundup of Discovery and Wonderment from 2014.