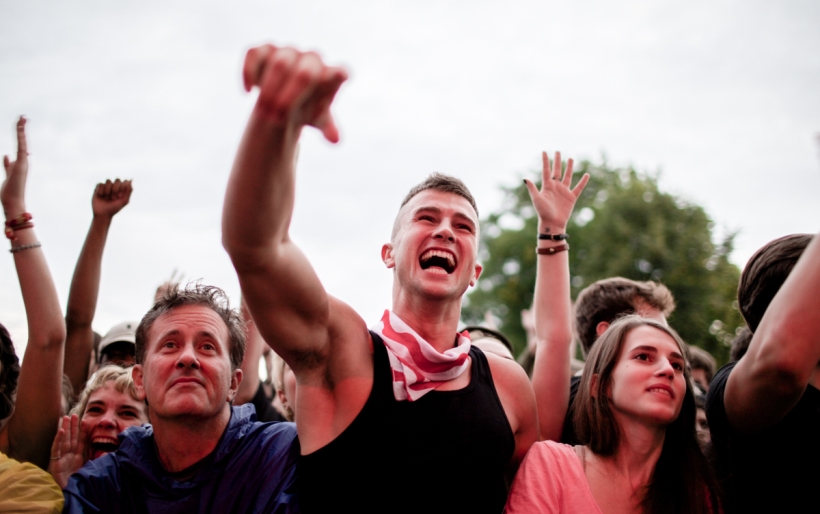 Year-End Mania is the Key’s survey of the things below the surface that made 2014 awesome. In this installment, contributing photographer Rachel Barrish shares her favorite crowd shots of the year.

So, before I decided I wanted to work in music, I wanted to study people. Their quirks, their wants and desires, why they do the things they do and where those actions come from. Psychology, ya know? Photographing a concert is way more than just getting the perfect angle of the vocalist at the mic, it’s also about the crowd. Concert-goers and festival attendees are what make these events so memorable. How people react to a certain band is super interesting, whether it’s a pop punk band and people are screaming their lungs out, crowd surfing and stage diving, or a favorite singer/songwriter belting out those meaningful, soothing lyrics, feeling like you’re “one with the music” is part of the experience. People are priceless, fans are priceless.

Lawn of Mann Show w/ Dr. Dog, Mac De Marco, The Front Bottoms and Hop Along. This fan is happily shouting and singing along to the words of Brian Sella of The Front Bottoms. The Mann Center, September 15, 2014

A fan holds her Ingrid Michaelson “Lights Out” vinyl tight to her chest as the singer serenades the audience at the XPoNential Festival. July 25-27, 2014.