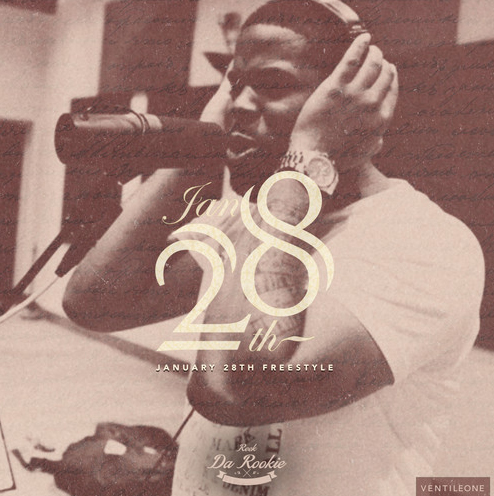 The end of the year is a unique time for new releases. Either you get the major major players who barnstorm the music community with an unexpected album, a la Beyonce and D’Angelo, or you get the vast majority of musicians who realize that, yeah, anything I drop will get overlooked in the year-end frenzy, it’s best to hold off anything big till February and have some fun.

The latter is just what two players from the Philly hip hop community did this past week. Producer / MC Reek Da Rookie lifted the soul groove and midtempo beat of J Cole’s “January 28th” for a one-off freestyle track called “July 17th” where he vents about tension in the world but more specifically tension in his life. Like many of Reek’s tracks, the focus on family is strong, and he painfully describes watching his grandmother cope with alzheimer’s: “The more time I spend with my nana, I miss her more / and as the days go by, she just forgets me more.”

Reek’s frequent collaborator Tiani Victoria also dropped a free downloadable freestyle this past week, meditating on money as a drive and a motivating force, but one that frequently and easily turns to obsession. “All About the Money” sees Victoria deftly navigating a world of amorous guys while keeping her eyes on the prize, scoffing at them with the lyric “Fallin in love while I’m plottin’ on the bricks, boy.” The production is sleek and haunting, with jazzy piano and a minimal beat cutting an intense mood. Tiani’s much-anticipated Hard Candy drops in February and it’s clearly going to be awesome.