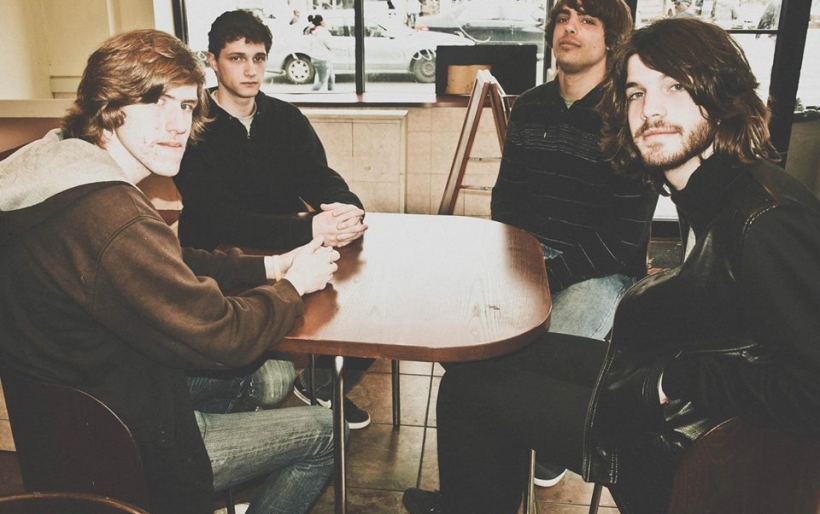 The Retinas | photo courtesy of the artist

Talking growth and friendship with Philly four-piece The Retinas

Jake Joseph and Tom McHugh were childhood friends in Cheltenham. “We were always in bands together growing up,” said McHugh, vocalist of the Philadelphia-based indie punk band. Tom found John Brennan and Anthony Fulginitti on Craigslist and formed a band with them. In November 2011, the four formed the Retinas.

Hello…My Name is the Retinas is their biggest and latest project they have released. In comparison to their first two EP’s, Life At Work and Ha Ha Nostalgia, the post-punk group said they have changed a lot musically.“Going from recording 5 songs to recording 10 songs is a different context for us,” said Joseph, lead guitar for the Retinas.

McHugh, who is a junior at Temple University, recorded this release. It was mixed at Kawari Studios in Wyncote. It’s a different sound for the band, Joseph said: their first LP is much faster and keeps drummer Fulginitti hard at work. McHugh added that this record is also “tighter.” Their stronger influences on this album were The Replacements and The Strokes. “It has that really garage-mix feel, but it also has this really melodic tightness,” McHugh said.

When Joseph and McHugh started at Temple in 2012, the Retinas started playing more house shows. Prior to that, they played more bar gigs and battle of the bands. “House shows are so much fun and so down to earth and intimate,” bassist, John Brennan said. Back in July, they played at the basement venue The Petting Zoo. It was the house’s first show and was accompanied by other Philly bands Horsecops and Family Vacation. The band has also played other houses like the defunct Dog Morgue, the Mile High House, and Girard Hall. Some of the Philadelphia bars they enjoy playing at are The Legendary Dobbs on South Street.

Hello…My Name is the Retinas is just at the point of being considered an LP, Joseph said. The band began recording their latest release in March. Prior to the release, they had this “over-abundance” of songs because they had not released anything in a year, McHugh said. They recorded five versions of each song. Near the beginning of the semester, the band worked on the ones they liked the most. Two songs on the record specifically, “Sicko” and “Robin Says”, the guys completely redid an additional time.“It shows which ones we like the best,” McHugh said.

After McHugh recorded the album, the Retinas took it over to Kawari to be mixed. McHugh also recorded Ha Ha Nostalgia but Life At Work was recorded in a basement studio in Delaware.

In the past three years, the four-piece band has gone on tour twice, which – they said in unison – has been the most exciting part of their careers. Their east coast tour in May was with close friends Tangiers, a Philly lo-fi group. One of the band’s best shows was at a house show on that tour in North Carolina, Brennan said. The owner of the house let them stay with him for two days and threw a barbecue before the show for them. “[People in North Carolina] were so welcoming of four, fully grown Philly adults,” Joseph said.

For The Retinas, Hello…My Name is the Retinas, is a new “jumping off point” Joseph said. The band are going on a mini tour at the end of January and will release a single this month. It’s going to be more “bumping” on the bass side. The single is also much slower than the album, McHugh said. “Everything we put out will be different than the last,” Brennan said. “Always will and always will be changing.”

The Retinas will play a 21+ show at North Star Bar on January 29 with Invisible Familiars, Old Scratch, and Eat Your Cigarettes. Tickets and more information can be found at the XPN Concert Calendar.