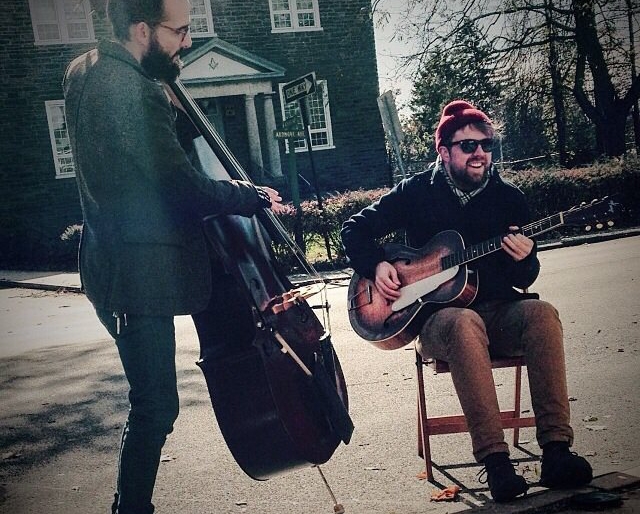 Listen to Mike Lorenz and Friendz’ new Trudy, see them at Tired Hands tonight (and every Thursday)

Mike Lorenz and Friendz is a cool jazz trio that composes and improvises original and quirky tunes that resurrect a classic sound; one Lorenz says “someone proclaims…dead every year” in the 21st century.

Lorenz & Friendz’s latest album, Trudy,was released in December, and features Mike Lorenz on the guitar, Chris Simmonini on the organ and Kevin Daly on the drums. The usage of these three instruments has the ability to fill the room, with the title track “Trudy” displaying the trio’s superb ability to blend and produce engaging music through each solo.

In addition to their obvious talent, the trio is not too hard to catch in concert. They play almost every Thursday night at Tired Hands Brewing Company in Ardmore; you can catch them there tonight, and each Thursday through February. More concert details can be found here, and you can read our 2013 interview with Mike Lorenz here. Listen to Trudy below.