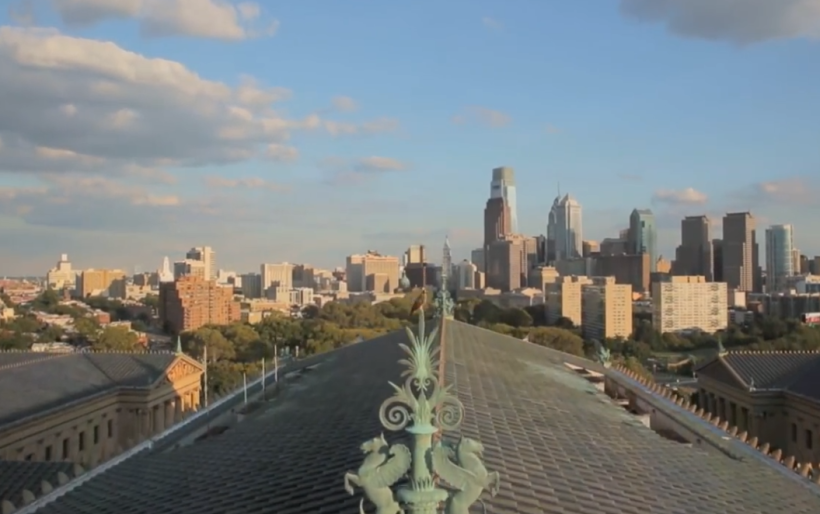 We are the 21st Century: The story behind the song in Visit Philly’s new video

Visit Philly has a new promotional video intended to entice folks to visit our city. “I Am Philadelphia” starts out with a gorgeous bird’s eye view of the Art Museum and hits quickly with some of the best sites Philly has to offer. But the best part of the the video is the rock song underneath it all.

It’s called “21st Century,” and was written by Meredith Edlow (a photographer and video manager with Visit Philly) along with Richard Bush of The Peace Creeps and The A’s. The song was recorded in Richard’s studio, The Ponderosa. He played synthesizers and guitar. Meredith, who sings, also did the video for Visit Philly.

Edlow explains the genesis of the song:

“I’ve always made music and jammed and I started writing songs – never really thought about songwriting as a craft until I started to talk to Richard about it. I wanted to do some artistic venting and he and I had been talking about creating songs and putting different genres together – I was always into rap and he was into rock and we decided to begin working together.

Visit Philly has always done a lot of video and we wanted to do a general destination video that captured the different aspects of the city. We had great footage that we wanted to make into a rally piece for the city and in the process of trying to find music for it, we wanted something that was energetic and propelled the feeling behind what we wanted to catch. Music is really difficult to find for video cause you have to please a lot of people so in thinking about what we wanted, we felt that the song Richard and I did would work for the video. It was upbeat, rocking and we felt it fit.