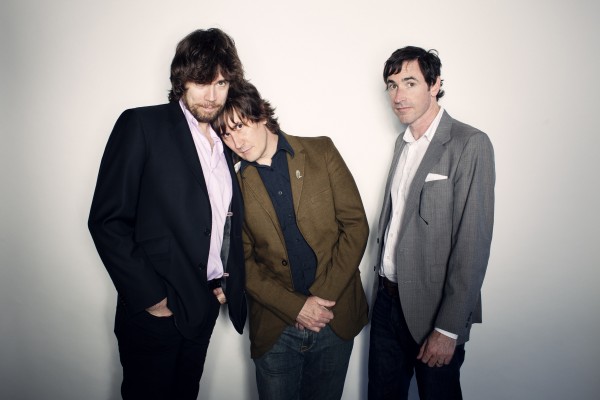 The Mountain Goats | photo via mountain-goats.com

John Darnielle has always used poetic language, whether it’s in writing lyrics for his indie folk band The Mountain Goats or in his first novel, “Wolf in White Van,” which was on the National Book Award for Fiction.

The ambitious songwriter (and recent new father) today announced the release of Beat the Champ, an upcoming Mountain Goats album about, what appears on the surface, wrestling. But deep down, of course, is lyricism outlining ideas that are “really more about death and difficult-to-navigate interior spaces than wrestling,” as Darnielle explains on the band’s website.

Today the band released a new track called “The Legend of Chavo Guerrero,” the first we’ve heard from Beat the Champ. What has always fascinated me the most about Darnielle’s lyricism is the way he is able to go from such a literal, specific story into something universal. In this song, it’s the story of a professional wrestler from El Paso, Texas popular in the 1970s, and transcends that surface story to talk about “descending like fire on the people who deserved it most.”

Drummer Jon Wurster keeps the track head-bobbing worthy with his upbeat, simple patterns. Peter Hughes’ bassline and Darnielle’s light guitar chords match each other with real fluidity. This track is a great teaser for what’s to come from the Mountain Goats with an album theme that resonates so symbolically. The Mountain Goats also announced a two-month US tour starting in April.

They’ll be passing through Philadelphia at Union Transfer on April 13; tickets are on sale tomorrow, and more information can be found at the XPN Concert Calendar. Beat the Champ comes out in the US via Merge Records on April 7; you can pre-order the album on CD, standard double-LP, and deluxe double-LP. Listen to “The Legend of Chavo Guerrero” below.