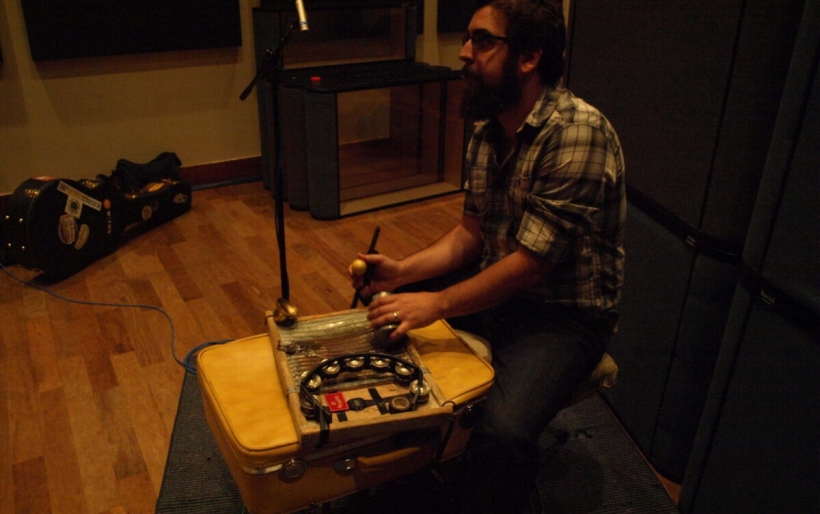 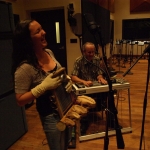 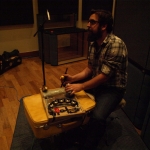 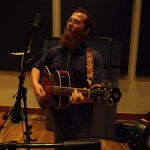 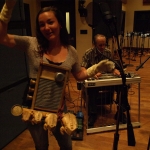 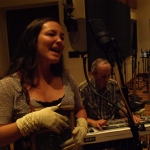 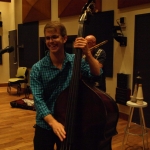 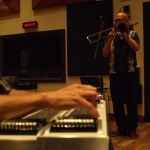 As opposed to recording a full length album, where you frequently have multiple tracking sessions, overdub sessions, a window for mixing and master, and a lot more too, most radio sessions, including our Folkadelphia Sessions, are recorded live in the studio without much “studio magic” during or after the fact. They’re a live representation of an artist – a musical snapshot, if you will. We basically are afforded one or two shots at a song, maybe an hour or so to get it right, to commit it to tape. Obviously musicianship, how adept the players are at performing in a live setting, and chemistry between band members is important and easily recognizable listening back. Less obvious is nitty gritty human stuff like how is the band feeling today, what mood is the group in, how long was the drive from their last location to the studio, and how rushed are they to get to soundcheck, for example. We love and appreciate the time every artist gives to us when they come in for a Folkadelphia Session, but sometimes folks have a rough day, ya hear?

Can I tell you about a band that had a freakin’ great day when they entered the WXPN Performance Studio here on Walnut St.? That band is the Bumper Jacksons out of Washington, D.C., touring in support of their recent Sweet Mama, Sweet Daddy, Come In and gearing up for their next full length (which they recently funded via a successful Kickstarter campaign). This group positively beams energy, excitement, and gratitude when they strum, thump, and sing together. For a genius comingling of street blues, homegrown country and jazz, look no further than the Bumper Jacksons. Thrilling to see and amazing to listen to. You have a chance to do both. Listen to our latest Folkadelphia Session recorded this past June and then go see the Bumper Jacksons either at Tellus360 in Lancaster, PA on January 31st or at Bourbon and Branch in Philadelphia on March 13th.