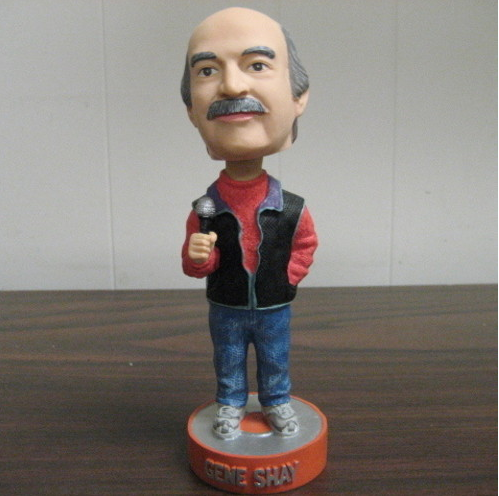 This Sunday will be Gene Shay’s final Folk Show. After more than five decades as a guru of the genre on the Philadelphia airwaves – 20 of those years spent on WXPN – he is stepping down from his broadcaster’s mic to retire. This week he spoke with Bob Bumbera of the XPN morning show, who says “[Shay’s] name is synonymous with the music genre he has supported and cultivated for half a century.”

In the interview, he talks about getting his start in folk music, about cultivating his own informal, authentic way of broadcasting and being surprised to find that his non-style became a style over time. He also talks about his plans for his last show, and retirement.

“To be perfectly honest, I think about how great those years have been, the music I’ve heard and people I’ve met,” Shay tells Bumbera. “When I think back, I think this like has been so good to me, a 60 year career in music.”

Gene Shay’s final episode of The Folk Show airs this Sunday, February 1st, at a special time – 3 p.m. EST on 88.5 FM in Philadelphia or XPN.org worldwide. It rebroadcasts at 8 p.m. EST, and will be available for archived streaming after. Below, listen to Shay’s interview on the XPN Morning Show.