A taste of Bob Dylan's new album, Shadows In The Night 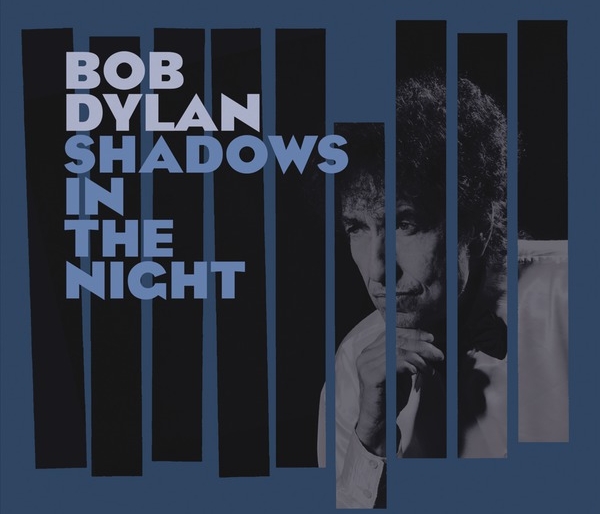 Bob Dylan has done it again. He’s stunned us with a gorgeous, and mesmerizing new album, Shadows In The Night, a collection of covers of standards.

Shadows in the Night is Dylan’s 36th studio album. It contains 10 songs, none written by him, from the Twenties through the Sixties. The album was recorded live and you can feel it and hear it in the warmth and tenderness of the arrangements. With very little drums and no piano, the guitars, strings and horns, bass and pedal steel sound beautiful. There are some recognizable standards like “That Lucky Old Sun,” “Some Enchanted Evening, and “Autumn Leaves.” While these songs were written by different composers and lyricists like Johnny Mercer, Irving Berlin, Richard Rodgers, Oscar Hammerstein, and others, they all share one thing in common: they were all recorded by Frank Sinatra.

In this interview (a must read) in AARP magazine, Dylan says he’d been thinking about making a record like this “ever since I heard Willie [Nelson]’s Stardust record in the late 1970s. All through the years, I’ve heard these songs being recorded by other people and I’ve always wanted to do that. And I wondered if anybody else saw it the way I did.”

In the interview Dylan was also asked if Sinatra was on his mind when he recorded the album. Dylan said:

When you start doing these songs, Frank’s got to be on your mind. Because he is the mountain. That’s the mountain you have to climb, even if you only get part of the way there. And it’s hard to find a song he did not do. He’d be the guy you got to check with. People talk about Frank all the time. He had this ability to get inside of the song in a sort of a conversational way. Frank sang to you — not at you. I never wanted to be a singer that sings at somebody. I’ve always wanted to sing to somebody. I myself never bought any Frank Sinatra records back then. But you’d hear him anyway — in a car or a jukebox. Certainly nobody worshipped Sinatra in the ’60s like they did in the ’40s. But he never went away — all those other things that we thought were here to stay, they did go away. But he never did.

Below, listen to “Stay With Me,” and “Full Moon and Empty Arms” from Shadows In The Night.

Purchase Shadows In The Night here.