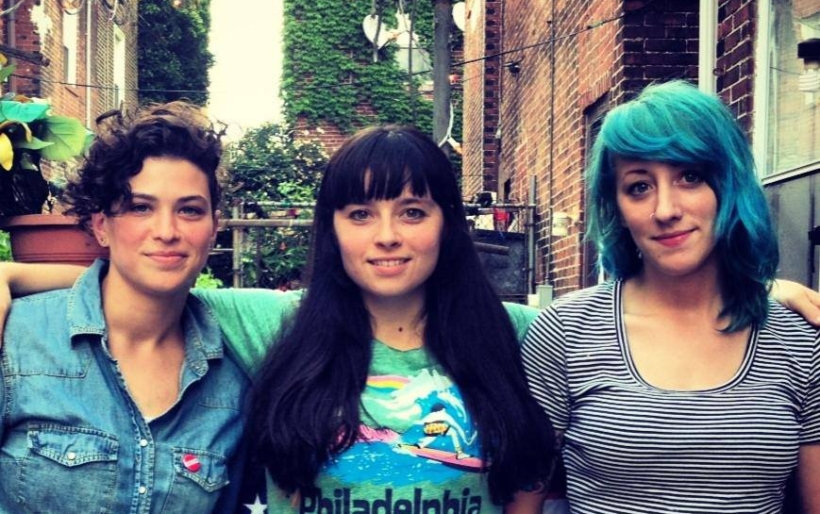 There’s nothing worse than the discerning sense that winter is a timeless black hole and that you will never feel the sun’s warmth again in your life. The best way to pretend that the winter isn’t sucking the life out of you is to channel any summer vibes that you can get your hands on. One way to do that is to listen to some songs that remind you of sunny days and overall happiness. These ten songs are here to remind you that some day (not soon enough) it will be summer again.

This Philadelphia upbeat trio has recently supported Waxahatchee on tour and has released their first studio album, Nervous Like Me. The fuzzy instrumentation and Augusta Koch’s angsty, enthusiastic vocals make this song feel like a nostalgic summer adrenaline rush.

Kishi Bashi’s unique vocals and use of string instruments creates upbeat music to dance to around a huge summertime bonfire with all of your best friends. But for now, singing along in the shower should do just fine. Kishi Bashi is coming to Philadelphia on February 18th and will be performing with a string quartet at Union Transfer (tickets and information can be found here).

8. “One Summer Night” by Ariel Pink

“One Summer Night” appears on Ariel Pink’s tenth studio album and creates the perfect summer aesthetic with his jangly guitar and 70’s-sounding vocals. Ariel Pink will be performing this song and many others from pom pom at Union Transfer on February 24th (tickets and information can be found here).

Philadelphia’s own Cold Fronts released “Hit Me” as a single off of their Forever EP this past fall and have since received accolades from Nylon Magazine and Earmilk. Besides making fun and melodic pop rock music, it’s a given that these boys know how to party.

Craft Spells is a four-piece indie band from Stockton, California that creates the perfect summer-sounding music with their euphoric guitar melodies, heavy synths, and dreamy vocals. “The Fog Rose High” reminds us of barbecues on roof decks during hot days and wishing the summer would never end. This song was also featured on the Skeleton Twins soundtrack this past fall. You can catch Craft Spells at Boot and Saddle on March 12th with the Bilinda Butchers and Suburban Living (tickets and information can be here).

“Archie, Marry Me” hails from Alvvays self-titled album that was released this past summer. This Toronto-based quintet has created an extremely summery vibe by using their lo-fi sound and Molly Rankin’s seemingly impassive vocals. Alvvays will be stopping by Philly to open for the Decemberists at the Academy of Music on April 7th (tickets and information can be found here).

Philly favorite Kurt Vile debuted his album Wakin on a Pretty Daze in spring of 2013 and has since made us wonder how to achieve his level of overall coolness. “Wakin on a Pretty Day” is reminiscent of a sunny afternoon in the park and not having a care in the world.

Walk the Moon has recently gained a lot of attention due to this single from their 2014 album Talking is Hard. This new album charted to number 26 on Billboard after its first week of release. “Shut Up and Dance” is the ideal pop-rock dance song that we could’ve ever asked for. Walk the Moon will be performing at the TLA on April 13th (tickets and information can be found here).

Reigning from King Tuff’s third album Black Moon Spell, “Eyes of the Muse” has the perfect balance of surfy guitar riffs and easy-going vocals to have us daydreaming about sunny California beaches all day long. You can catch King Tuff on April 1st performing with Father John Misty at Union Transfer (tickets and information can be found here).

Philly heroes Dr. Dog have graced us this past month with their first live album Live at Flamingo Hotel, which captures the fun energy that their live shows bring to the audience. The band covered Architecture in Helsinki’s poppy hit years ago and the recording on this album will make you forget about the cold weather and have you dancing around in no time.