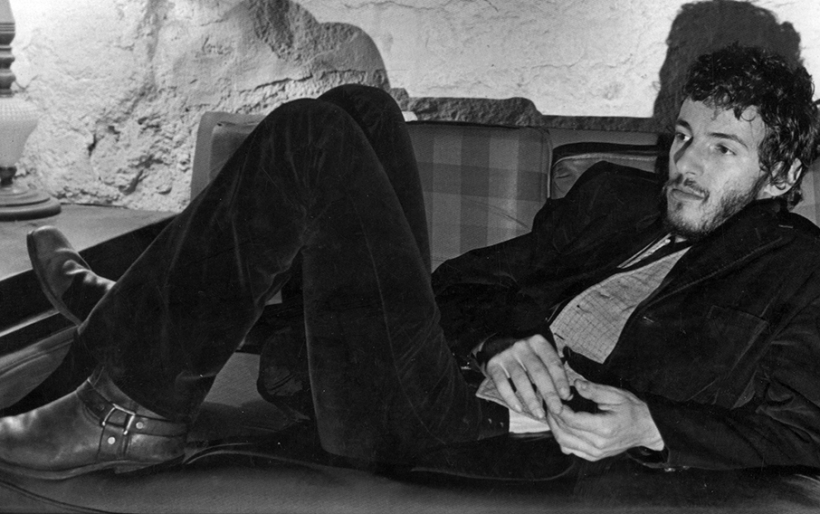 If you’re a Bruce Springsteen fan, particularly if you’re from Philly, you should know that today is the 40th anniversary of one of Bruce Springsteen’s most epic shows ever. On February 5th, 1975, Bruce played the legendary Main Point. It was a benefit for the venue, located in Bryn Mawr, and was tape delayed broadcast on WMMR. Hosted by the legendary DJ Ed Sciaky, Bruce brought his A+ game to the Point that night.

I had the incredible pleasure of being in the audience that night for the show. It was the third time for me seeing Bruce at the Point, but this time, you could sense something was happening with Bruce and the band as performers, seeing their over the top energy and collaboration and pure incredible playing was unlike anything I had seen before by Springsteen (this was my fourth time seeing him live overall). This Main Point show, for many Bruce fans, remains one his greatest shows ever, from a guy who can still prove it all night, every night he plays. There’s no doubt that The Boss plays every show like it was his last one. This show went beyond that.

Springsteen getting air at The Main Point photo by Phil Ceccola

This show happened during the recording of Bruce’s landmark Born To Run. In fact, it wouldn’t be until almost 7 months later that Born To Run was released. What we were witness to was a new song called “Wings For Wheels,” which became “Thunder Road.” On this version, what was Mary’s front porch was Angelina’s front porch, he was a prince and not the hero yet, the town was full of losers, but in this version he wasn’t yet pulling out to win, he was “born to win.” And the “promised land” lyric on this version would be dropped entirely (and would become a totally different song on Darkness). Yet while the lyrics would become more concise for the album version of “Thunder Road,” the energy was just as impassioned and emblazoned.

That night, as in previous shows, Israeli violinist Suki Lahav played with the E Street Band, and her playing that night added to the tenderness of some of the song arrangements as we knew they would become, or previously existed. This was the case with the show opener, a version of “Incident” with just a piano and Lahav’s violin at the center of the song. Such was the case with the 20 minute version of “New York City Serenade,” with Lahav adding even more emotional depth to the song than the studio version.

The version of “Jungleland,” would ultimately wind up with many of the lyrics changed on the studio version of this, later to show up on Born To Run. “Spirit In The Night” was delivered with cathartic, restless abandon. We got a not ready for prime time version of “Born To Run,” but even at its set placement (played third in the setlist) it hinted at what would become one of greatest show closers by any band ever. A cover of Bob Dylan’s “I Want You,” has now legendary status. The band slowed down “The E Street Shuffle,” to a slinky, R&B groove, and he closed the show with an incredible version of Chuck Berry’s “Back In The U.S.A.” One other important note about this show was that Miami Steve had not yet joined the band, so it was all Bruce on guitar. Bruce has always been a monster guitar player, and this night, his leads and rhythm guitar were incendiary.

In August 1975, Bruce played four nights (two shows each night) at the Bottom Line in New York City. Born To Run was done, it was a couple weeks before it was released. I’ve heard bootlegs of some of those shows, and I’ll be honest – while these shows were his finally stepping out into the clear next steps of his career, the show in Philly was the first step, the secret step, that Bruce fans have held on to for many years.

Listen to the show below, in its entirety, from one of the often bootlegged version of the WMMR broadcast. I suggest you put your phone on DND.

Setlist:
Incident on 57th Street
Mountain of Love
Born To Run
The E Street Shuffle -> Having A Party
Wings For Wheels
I Want You (Dylan cover)
Spirit In The Night
She’s The One
Growin’ Up
It’s Hard To Be A Saint In The City
Jungleland
Kitty’s Back
New York City Serenade
Rosalita
4th of July, Asbury Park (Sandy)
A Love So Fine – Shout
For You
Back In The U.S.A.