Stephin Merritt to kick off alphabetical solo tour in Philly 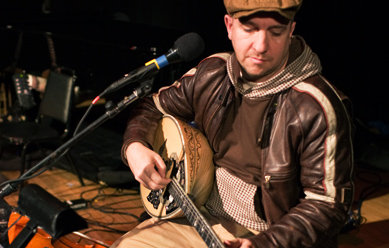 Stephin Merritt to kick off alphabetical solo tour in Philly

Accompanied by longtime bandmate and cellist Sam Davol, Merritt will be playing an alphabet-infused set. Translation: at each 26-track performance, he’ll perform solo/acoustic versions of his tracks starting with titles that fall in alphabetical order. (And he has a lot to chose from, considering he released 10 albums with The Magnetic Fields, with the first released in ’91).

Here’s a taste of Merritt’s solo/acoustic material (from April 2012, but you get the gist). Tickets and information on the May 2 show at Union Transfer can be found at the XPN Concert Calendar.