Listen to a new song by Sufjan Stevens 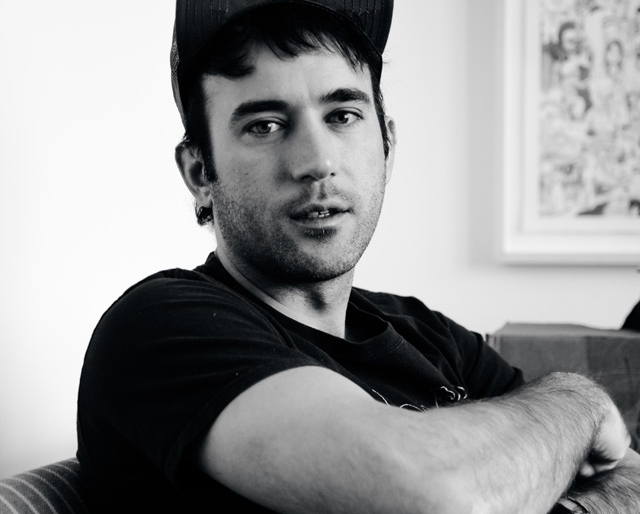 Photo by Emmanuel Afolabi via www.pitchfork.com

Listen to a new song, “No Shade In The Shadow of the Cross” by Sufjan Stevens

Sufjan Stevens has released “No Shade In The Shadow of the Cross,” from his forthcoming new release, Carrie and Lowell.

Stevens’ new album will be out March 31st, and is named for his mother and stepfather.

WXPN Welcomes Sufjan Stevens to the Academy of Music on April 9th and 10th. About the album, Pitchfork’s Ryan Dombal writes.

Musically, it’s easily his most bare album, with most songs offering only crystalline acoustic guitar or piano along with Stevens’ ghostly whisper of a singing voice. There are no orchestral crescendos, no electronic freakouts, no drums. Stevens jokingly describes the album’s sound as “easy listening,” though it’s more akin to the harrowing moodiness of Nick Drake or early Elliott Smith than James Taylor. And there’s nothing smooth or simple about its subject matter, which revolves around the death of Stevens’ mother in December 2012.

In this interview with Pitchfork, Stevens talked openly and candidly about his distant relationship with his mother, and the impact it had on Stevens growing up. She died of stomach cancer, however was with her when she passed away. In the interview Stevens recounts:

She had stomach cancer, and it was a quick demise. We flew to see her in the ICU before she died. She was in a lot of pain, and on a lot of drugs, but she was aware. It was so terrifying to encounter death and have to reconcile that, and express love, for someone so unfamiliar. Her death was so devastating to me because of the vacancy within me. I was trying to gather as much as I could of her, in my mind, my memory, my recollections, but I have nothing. It felt unsolvable. There is definitely a deep regret and grief and anger. I went through all the stages of bereavement. But I say make amends while you can: Take every opportunity to reconcile with those you love or those who’ve hurt you. It was in our best interest for our mother to abandon us. God bless her for doing that and knowing what she wasn’t capable of.

Below, listen to “No Shade In The Shadow of the Cross,” a wistful, quiet song from Stevens’ forthcoming album.