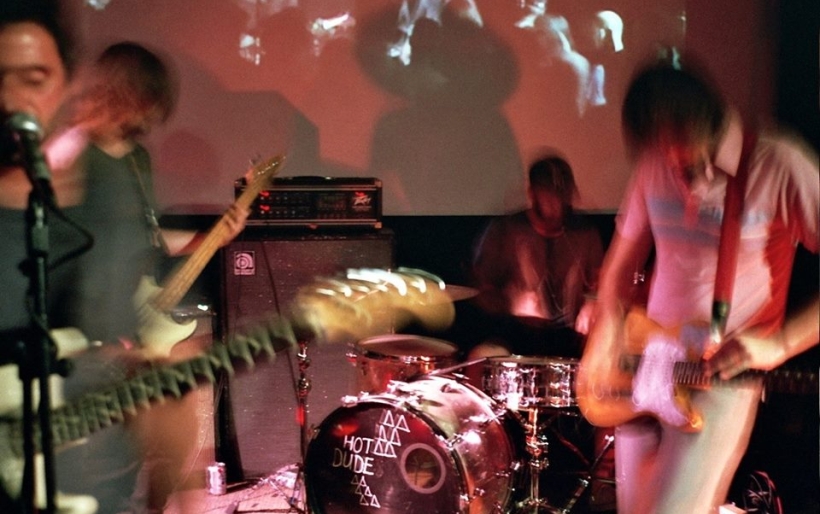 Dogs on Acid | via facebook.com/DogsonAcid.us

A snippet from Jade Tree’s announcement:

Two signings in two weeks?! What is this, 1999? …Dogs on Acid combine the spontaneity of indie rock with the fun of pop to create songs that are as enjoyable as they are catchy, and promise to stick in your head for days.

Member Nick Tazza (original drummer of Algernon Cadwallader) swapped emails with us about the signing.

The Key: What influenced your decision as a band to sign to Jade Tree?

Nick Tazza: Short A: Paint It Black said they would beat us up if we didn’t start a new band and sign to Jade Tree.

Long A: In the end, it was free beer, but in the beginning and middle it was the attentiveness of the guys over at Jade Tree.  We had a long list of demands and they had a long list of supplies.  They made us feel nice and warm inside.

TK: Seeing as members are coming from former bands, how has the overall dynamic as Dogs on Acid been?

Long A: We were actually in some of the same bands before and have also all been on tour together so, snug as a glove.  A really snug glove.

TK: What have been the differences thus far in working with Jade Tree as opposed to Asian Man Records or Ranch Records?

Long A: Asian Man and Ranch are super punk labels…  no contracts, no pr, just solid fucking dudes doing what they love.  Jade Tree is that too but with contracts and pr.

TK: You guys have been busy in Philly in recent months, with a stint in the West Coast at the end of December, how has that been?

Long A: The shows have been great.  We love playing.  It’s really our only way of getting any exposure since the album’s not out yet so it’s pretty fresh in everyone’s ears.

TK: What should we expect with the upcoming album with Jade Tree (set for the summer, correct?)

Long A: The album comes out in the summer and will be a rager.  It pretty much documents our first year as a band.  We were very excited writing and recording these songs and now we’re excited for everyone to listen at harmfully loud volumes.

Dogs on Acid jammed at the First Unitarian Church last Monday, and Jade Tree announced their signing Tuesday morning, prior to their Boot & Saddle show Tuesday night. All in all, the group has rocked more than a handful of Philly performances in recent months (including Golden Tea House, Union Transfer, Ortlieb’s, etc) with a stint in the West Coast at the end of December. But if you haven’t heard of them yet, get acquainted:

Stay tuned for their debut album release via Jade Tree this summer, and their 7″ vinyl via Asian Man Records scheduled for release this month. Their upcoming Philly stops include PhilaMOCA on March 14 and Kung Fu Necktie on March 27.