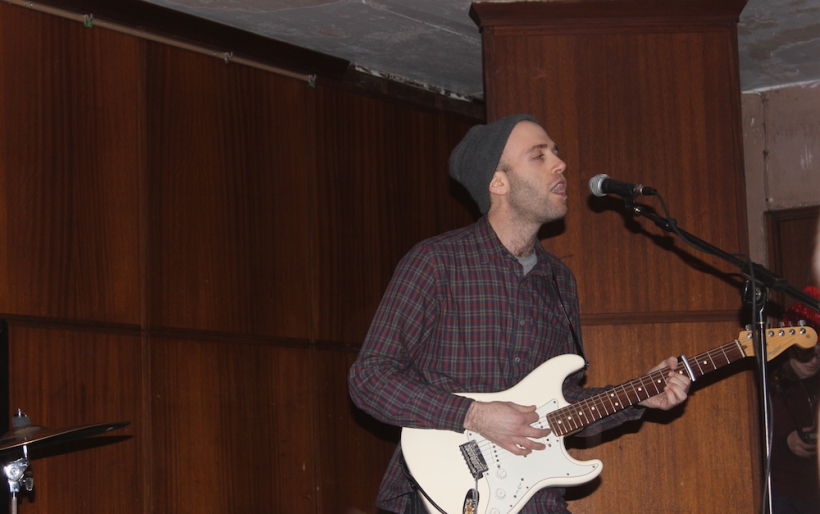 Eric Osman said “one second” and ran to check if a box of candy left by concertgoers had anything left inside. Unfortunately, the founder of Lame-O Records was disappointed by the lack of chocolate, but stoked by just about everything else – including a huge crowd’s response to his label’s charity split.

Lame-O Records began in Fall 2012 when the senior Entertainment and Arts Management major at Drexel University didn’t have a label to put Modern Baseball on, the Philly indie rock band that he manages.

“I decided I would put it out myself with money I earned working at coffee shops,” Osman said.

Now, the indie label has a slew of local acts including The Weaks, Steady Hands, and The Hundred Acre Woods. Combining Osman’s label with the senior project of Emily Hakes, a music industry major at Drexel, and you have the Strength in Weakness split. It features Philly musicians Modern Baseball, Marietta, The Weaks, Hurry, Spraynard, and Beach Slang.The split was Hakes’ senior project and the shows at the First Unitarian Church and Saint Vitus in Brooklyn were Osman’s.

The idea of a charity split was easy, Osman said, because it was something the two had wanted to do for a while.Proceeds from the six-band EP go towards the Philadelphia chapter of United Cerebral Palsy, in honor of Hakes’ and Osman’s friend, James Cassar.

Osman and Hakes started with Philly indie punk rockers Modern Baseball on the record because they are best friends, Hakes said. After that decision, it seemed fitting to keep the record strictly Philadelphia bands.

“There are so many great local bands that we are friends with,” Osman said.

The duo got all of the bands in the studio during the summer and began producing the record in the fall. Lame-O Records filmed each of the studio sessions, which caused a “logistical nightmare,” Osman said. Hakes was also working in LA and the indie label needed to work everything in before Modern Baseball went on tour in late fall.

“We had two months to get six bands in and we had to figure out which days we would get them in. It was complicated,” Hakes said.

With the physical record of the split selling out in a few hours and sold-out release shows, Strength in Weakness,was a success, which Osman didn’t expect at first. Bands like Beach Slang, who are on tour right now, have grown since the early stages of the split.

“But even with that, the record selling out in a few hours was crazy. That wasn’t something we could have guessed,” Hakes said.

Philly indie rockers Hurry’s contribution to the split was a power pop piece titled “Shake It Off.”

“I’m pretty happy with the lyrical and melodic content,” said Matt Scottoline, vocalist and guitarist for Hurry. He also plays in Everyone, Everywhere.

Scottoline sent the demo to the other members of the band, Rob and Joe de Carolis, two days before they went into the studio.

“I like a comp as a cohesive unit of original music and that it wasn’t just a demo we had sitting around,” said bassist, Joe DeCarolis.

Hurry opened for the Strength in Weakness release show at the First Unitarian Church last weekend. Their stage presence was filled with sarcastic jokes and promoting their Twitter account. They played a cover of “Takin’ Care of Business” by Bachman-Turner Overdrive and told the audience to “check them out on Spotify.” Scottoline mentioned the great opportunity being involved in the split has been for Hurry.

“It’s been really beneficial to the band as a whole and at the same time we get to be part of something that’s for a great cause so we’re very lucky,” Scottoline said.

After Hurry’s cynical-yet-fun set, Philly power pop duo The Weaks took the stage in a full-band configuration for their set including Modern Baseball’s Ian Farmer.

MoBo-pals Marietta opened their set with the mathy indie-rock chords of “…so they left me at a gas station”; Drummer Andrew Weigel expressed his excitement over having his drums hooked up to the microphone and getting to “have a voice” in the band.The crowd didn’t refrain from shouting the lyrics to the sad jam “God Bless Eric Taylor.”

Later, pop punk veterans Spraynard played their contribution to the split, “Haulin’ Oats.” The trio recently signed to Jade Tree records and has an album expected to come out this summer.

Headliners Modern Baseball opened their set with “Oh, Fine Great” off their sophomore release, You’re Gonna Miss It All. Brendan Lukens reminisced about their first time playing at the Church, when he felt like they had to be “very professional.” The band closed with “Your Graduation,” where Spraynard drummer Pat Ware took over for Sean Huber, so he could sing the bridge.

Jake Ewald of Modern Baseball said the impact of the split didn’t hit him until he was listening to the physical record itself.

“Every song is somehow related to bettering yourself and supporting your peers, and we recorded all of those songs together in one room, and the records sold out in a day, and all the money that was raised went to United Cerebral Palsy, so it was like we were using those songs about supporting our peers to actually support our peers,” Ewald said in an email.

In “typical Lame-O style,” as Osman described, they announced and finished the record without ever getting in touch with UCP. The recording duo visited the Philadelphia chapter of UCP and it was “the biggest eye-opener” for Osman.

“The woman who took us around was super sweet. She introduced us to the people that we were going to help. That was a crazy thing to think about,” Osman said. 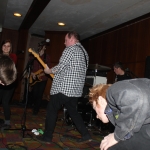 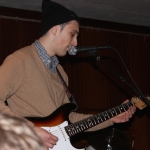 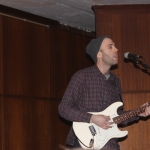 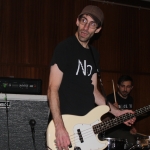 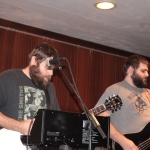 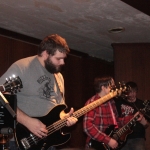 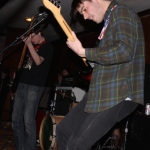 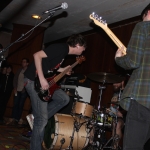 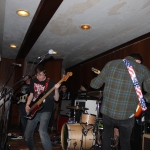 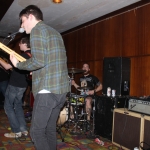