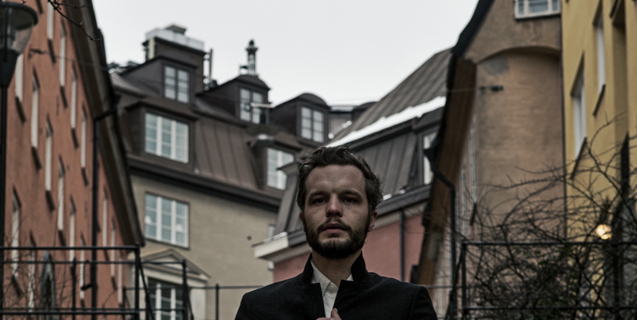 The Tallest Man on Earth | via DeadOceans.com

Kristian Matsson, otherwise known as The Tallest Man on Earth, has just announced an extensive upcoming tour, in which he will grace the Tower Theater come May 16, a few days after the release of his upcoming album Dark Bird Is Home. This is the latest release since 2012’s There’s No Leaving Now. Tickets will go on sale on Friday, Feb. 27.

Comparable to the likes of Bon Iver and Sufjan Stevens, the Swedish singer-songwriter has given us a taste of the upcoming album with “Sagres,” a notably more involved track than his earlier, acoustic-centric material. But it’s a pleasant departure, nonetheless. With that involvement in mind, this tour marks the first time Matsson will tour with a full band.

His label Dead Oceans claims Dark Bird Is Homefinds Matsson, “at his most personal and direct, deeper and darker than ever at times, it’s also an album with strokes of whimsy and the scent of new beginnings…”

“Sagres” highlights those “strokes of whimsy,” we presume. Cheers to new beginnings. Catch a teaser for the upcoming album below.