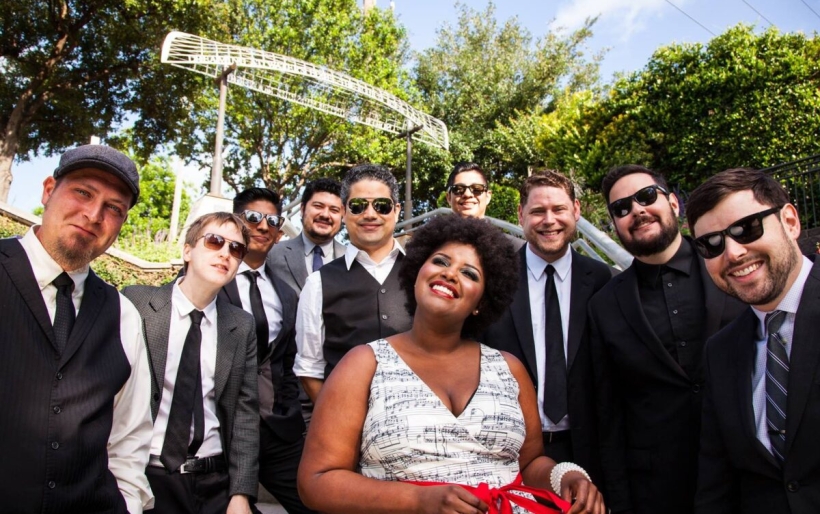 The Suffers | Photo courtesy of the band.

The Houston 10 piece R&B and soul collective The Suffers are on the funky move.

The band recently released their four song Make Some Room EP, guaranteed to get you on the good foot. Fronted by the charismatic and showstopping Kam Franklin, the band’s Gulf Coast soul sound is undeniably funky. Made up of veteran musicians from the local Houston music scene and in 2014 they won five Houston Press Music Awards including Best Drummer, Songwriter, Vocals, Soul Group and Musician of The Year. You like Sharon Jones & The Dap-Kings? You dig Tower of Power? Chaka Khan? Yes, The Suffers got it all in this department.

The band is now starting to move beyond the Houston music scene with a tour that brings them to Philly. They play Boot & Saddle on Thursday, April 2nd. Go here for more information and tickets to the show.

Below, listen to their new EP and watch the video for the “Gwan.”