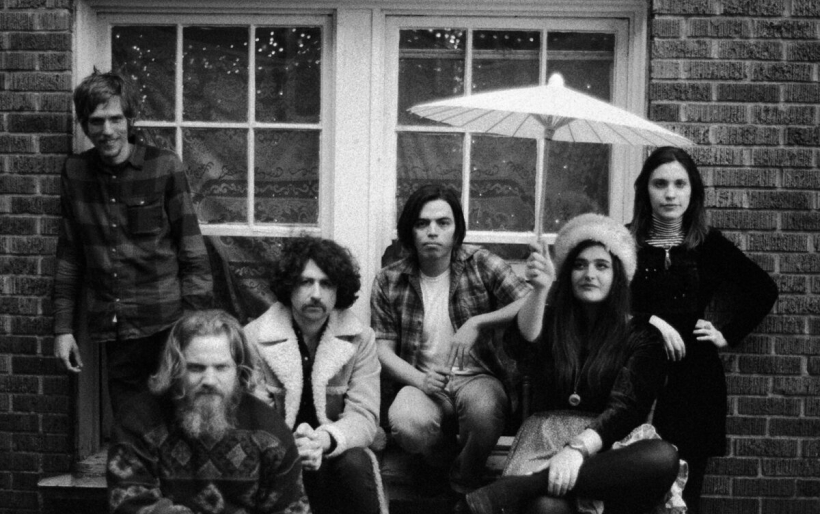 In 2015, Rose Windows, the Seattle-based, hard-to-pin-down-exactly-what-they-do, psychedelic rock band on Sub Pop Records, will release their highly anticipated second full length album. This follows their debut The Sun Dogs released a couple of years ago which made quite an impact on most all who heard it. What initially drew us to Rose Windows was their sonic connection (perceived by us) to our favorite era of experimental British folk-rock, updated for the modern era. We thought they carried that torch well. We stuck around because of their intensity, their multi-layered sound that becomes apparent with repeated listens, and, perhaps most importantly, their powerful and mesmerizing live show. If you take anything away from this session, it’s that Rose Windows is a band you need to see in action.

Back in the warmer weather, Rose Windows, then on tour in Philly, stopped by the WXPN Studios to track a session with your friends at Folkadelphia.