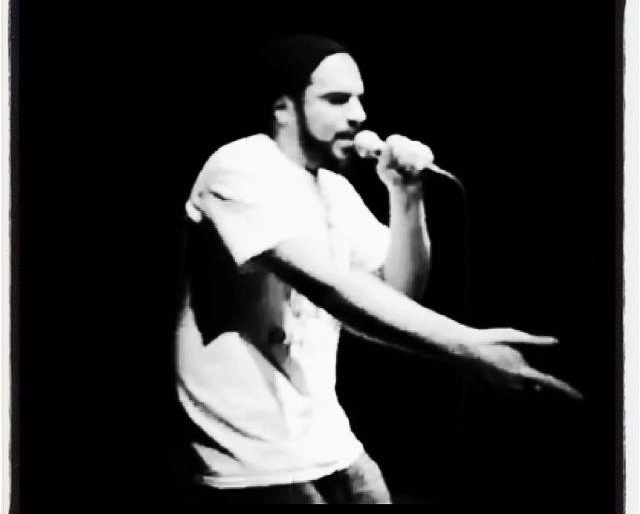 Though it’s not a pairing you might immediately think of, Nine Inch Nails and hip-hop go quite well together. Sure, most people know Trent Reznor for his cathartic delivery and emotionally-expressive songs (both of which have earned him some teasing over the years, like we see in this Whitest Kids U Know sketch), but the man has long been an outspoken fan of rap music; he was an enthusiastic supporter of Wu-Tang Clan long before it was cool for people in the alternative rock world to be into the Wu.

Likewise, underground hip hop has long been informed by the nervy moods and rumbling industrial-electronic textures Reznor pioneered – I’d point to Dälek and Aesop Rock for clear examples of this. And occasionally, the worlds do come together, like when Reznor worked with rapper / poet Saul Williams on 2008’s The Inevitable Rise and Liberation of Niggy Tardust.

So in that sense, the latest mixtape by Philly MC E. Grizzly couldn’t be more perfect. It’s called How to Destroy Everything – a nod to Reznor’s short-lived 2010 side project How to Destroy Angels – and it collects samples and remixes of Reznor’s work in NIN, Angels and his scores to films (Lost Highway, The Social Network) and video games (Quake, Call of Duty: Black Ops II) and blends it with Grizzly’s cool and pointed delivery.

To hammer the tense and nihilistic tone home, the mixtape opens with a sample from Taxi Driver, so that should give you an appropriate sense of direction here. Says Grizzly:

This really started out as something to do for fun. I’ve played with rock bands, jam bands, punk bands, released hip hop mixes so I like to see how far I can take things.  I always thought Trent Reznor’s beats were dope and it just grew from there, almost like a happy accident.

Give a listen to How to Destroy Everything below and be on the lookout for a limited-edition handmade physical copy from Blackelastic.