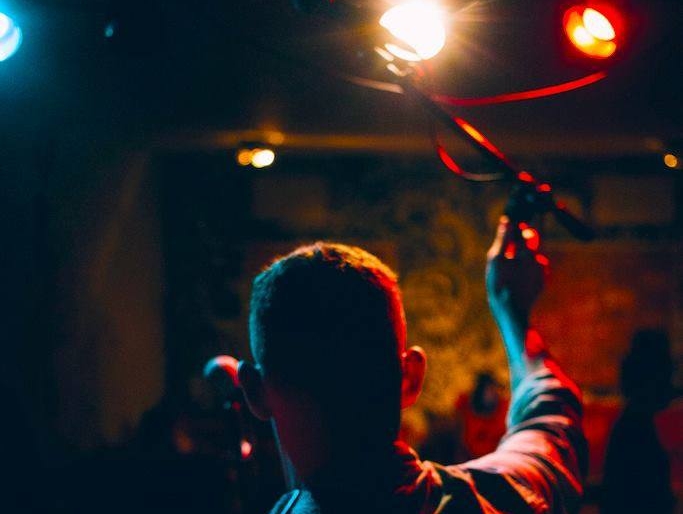 Welcome to the first chapter of Folkadelphia’s new project that we’ve gotten in the habit of calling Unsung.

In the history of music, there are many unsung artists and albums that we firmly clutch close to our hearts. These artists create the kind of music that we wish other people knew more about or cared more deeply for. We wish that we could share with others our exact feelings about how we’ve been touched and affected by some musicians. We want to show them the light. We want to sing these musicians’ unsung song for everyone to hear.

With this series, we hope we can provide a way for people to connect with music that has been influential beyond its commercial impact and, perhaps, appeal. It’s never too late to find a new favorite band and honor their legacy and discography.

For this first part, we focused on what has become one of my favorite albums: Songs: Ohia’s Didn’t It Rain, which was recorded in Philadelphia in 2002.

I never knew Jason Molina nor did I ever see him perform live while he was alive. I came to his music pretty late in the game too, just a handful of years ago during my college radio stint, but I always knew there was something special there. He could create these staggeringly beautiful portraits, often just with his words, his voice, and an acoustic guitar. He could also blow you out of the water with these epic guitar-heavy unabashed rock-and-roll tracks. But he always had a dark, brooding, introspective thematic quality I found appealing. I always pondered on the fact that while his lyrics felt so personal and tied to Molina himself, they were universal, they spoke to me, they spoke to others. I guess that’s just the hand of a master songwriter. He certainly was that and a lot more too.

During my years at college radio with my self-imposed solitude in the stacks and the listening room, I stumbled upon most of the Songs: Ohia and Magnolia Electric Co. catalog. The album I was drawn to, but never felt like I could deal with or easily absorb was Didn’t It Rain. It felt like it was in its own little bubble, a perfect world that I was peering in at, perhaps as if through a glass darkly at the time. Secretly Canadian, Molina’s longtime record label, recently reissued the album with bonus tracks and demos, and it was just last year I finally revisited the record. Something must have clicked.

Maybe it’s my age, my position in life, my mourning for the late songwriter, or it was just that time, but I fell for Didn’t It Rain‘s charm. It’s charm is that is without charm; the album is a bare bones affair, stripped of sleekness, studio magic, and flair. It was recorded live in a room in Philadelphia with a handful of people, some strangers to each other, and committed to tape with almost no overdubs or editing. This sounds a lot like some of the straight up folk records I admire from the early years of recording technology. Didn’t It Rain ends up being a snapshot in time, a near-perfect capture of creativity firing on all cylinders. You don’t always need walls of sound to impress, sometimes you just need a simple chord and a harmony, followed by silence to make an impact.

Below here, you’ll find much more about Jason Molina, Songs: Ohia, Magnolia Electric Co., and Didn’t It Rain. I encourage you to visit Secretly Canadian’s website to access Molina’s full catalog. I would also point you to Musicares, where you can donate in honor of Molina’s legacy.

Listen to Unsung Episode #1: Jason Molina and Songs: Ohia’s Didn’t It Rain. It’s an in-depth look at Molina’s time in Philadelphia recording Didn’t It Rain in 2002, which many consider a watershed moment in the songwriter’s creative direction and sound. You’ll hear from those involved with the recording, as well as those that have been influenced by Molina and his art.

Listen to a Secretly Canadian curated playlist of music from Songs: Ohia’s Didn’t It Rain and Magnolia Electric Co. albums. They recently reissued both of the albums and included demos, outtakes, and bonus tracks associated with these recording sessions. Find out more about these reissues here and listen below:

Jason and I had a strange relationship, to be honest. I think we had a deep respect for each other’s talents. I saw how his voice could silence a room and how his words could touch the emotions of audience members to the point of tears. I think he let me improvise and experiment sonically with his tunes because he trusted me as a musician and felt that I was, musically, in tune with his inner sorrows and heartbreak.

But we had a different idea about what we were doing out there on the road. I’m not trying to affect some kind of faux working man vibe, but musicians are entertainers and if people are paying their $20, then they deserve your best or as close as you can come on any given night. I think Jason agreed with that line of thought, but his personal issues started to get in the way of putting on great shows.

As he became more troubled and the shows became more fractured, our relationship took a similar rocky turn. We parted ways eventually but did reconnect to collaborate on a couple Josephine cuts – the music was always our strongest bond – and I was not in touch with him during his last years. In the wake of his death, I re-examined a lot of the tracks that I had cut with Songs:Ohia and Magnolia Electric Co and felt sad and proud simultaneously. When things were working well, the songs, recordings and shows could be so strong and powerful, but, unfortunately, the road got bleaker as it went along.

In some ways, the best moments were the initial sessions for Didn’t It Rain and Magnolia Electric Co. – the music was flowing and the possibilities were endless. He produced a bunch of very impressive recordings, but I think I’ll miss Jason more for what could have been, than for what actually transpired.

Photo courtesy of the artist’s site.

There are many things I admire in Jason Molina’s songwriting: the way he uses plain language to create intimate conversations and moments of pure poetry; the way he hangs his words on simple song structures that feel both familiar and elemental; the way his songs can engage you and offer solace and understanding.

I wanted to record “Blue Chicago Moon” in part because of my personal experiences with depression. I’ve been there, and gotten help, and given help. I wanted to help open up the discussion on this topic that we still seem to have a hard time talking about.

“Blue Chicago Moon” is an eloquent expression of despair. Yet it also offers hope. It offers us help and calls us to accept that help. The refrain “I want you to try to beat it,” calls us to rise up against our own perceived helplessness and fight our way out of the darkness.

I’m heartbroken that Molina ultimately couldn’t defeat his own demons. And grateful that he shared so much of himself while he was still able.

All you really want as a writer is to create something more than the sum of its parts. That’s what Jason Molina did time and again, song to song, record to record and with his body of work as a whole. It’s strange sometimes when you think about it (which I find myself doing a whole lot lately) because on paper he broke one of the most common self-imposed rules of writers with the way he continually revisited the same themes, the same methods and language. He had his moons and his wolves, the North Star and that Midwestern skyline. In the hands of lesser writers, this repetition can become redundant at best, and lazy at worst.

With Molina, it was anything but. As great as his songs are on their own, they never feel like just self-contained snapshots. The records are cohesive, but even record to record, he traded names and lines (and band names), always building them like chapters in some larger narrative. There was so much care and purpose to everything he did. The moons got brighter, the flames stronger. I don’t know what it’s like to lose Jason Molina as a friend or musician, but as a fan, it’s a damn shame we’ll never know the ending to that story.

He talked a lot in his songs about being a better man, a better person. “Still trying anyhow, I’m still trying now”. Seems like he lived the same way he wrote. He never stopped trying. We’re all supposed to try. What else is there?

There has been some truly wonderful and moving writing about Molina and his music, especially since he passed a few years back.

We can’t leave you without sharing more of our favorite Molina covers, so here’s a few more: