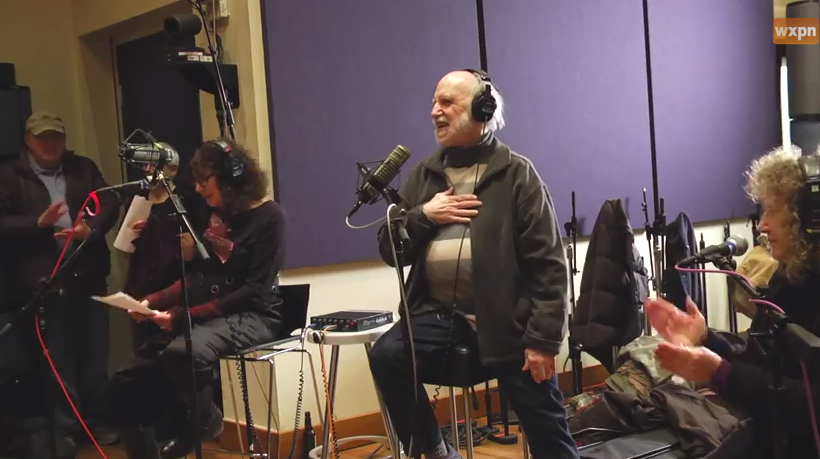 Legendary Folk DJ Gene Shay was in for a big surprise after closing out his final Folk Show a few weeks back. Shay was led into a room with over 100 folk musicians who had prepared an enormous singalong for the DJ as a tribute to the man’s overwhelming contributions to the Philadelphia folk scene. After 20 years with WXPN, The Folk Show host retired to focus efforts on other projects he is involved in, but not before the folk scene would give him a genuine, heartfelt farewell.

The group sang classics “Turn, Turn, Turn” before a twinkly-eyed Shay and followed it with “Will The Circle Be Unbroken,” where various vocalists traded verses and even Shay himself joined in for the chorus, closing out the show in the best way that folk would allow. Check out the footage from the event below, which includes Shay’s initial reaction to the room filled with applauding, excited Philadelphia folk musicians.